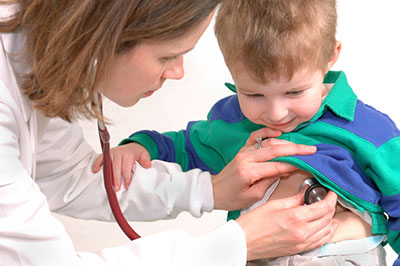 Missed signs: Many children treated for developmental delay at a young age may have a different disorder, such as autism or attention deficit hyperactivity disorder.

Categorical diagnosis is an integral part of everyday clinical and research practice. We are so insistent on the distinction between disorder and ‘normalcy’ that clinics and clinicians are becoming more and more specialized — for example, catering to the needs of children with only autism, or only attention deficit hyperactivity disorder (ADHD) or Tourette syndrome. This has led to researchers underestimating how clinically diffuse these disorders can be.

At the same time, there is growing acceptance that having more than one disorder, or sharing symptoms across disorders, is the rule rather than the exception1. So-called ‘comorbidity’ is a misnomer if ever there was one, as we are usually not dealing with completely separate disorders in the first place.

Ipointed this out more than a quarter-century ago2, but the insight has not led to new approaches when addressing children and families with complex needs. Instead, diversification has boomed.

As an alternative to categorical diagnosis, I suggest that developmental symptoms that appear before 5 to 6 years of age should place children into a large category, called ESSENCE, for early symptomatic syndromes eliciting neurodevelopmental clinical examinations. ESSENCE may then resolve into any number of individual diagnoses over time.

There are legislative, scientific and clinical attempts to separate children with autism from those who do not meet the diagnostic criteria. These attempts aim to provide better societal guidelines, more focused attempts at finding the cause of the disorder, and targetedservices.

An ADHD diagnosis undergoes similar scrutiny, although the diagnosis is not a requirement for services as it is with autism. The same holds true for children with language disorders, visual impairments or hearing deficits. These children may have additional impairments in general cognition or motor performance as well as symptoms of ADHD or autism.

Autism and ADHD were long believed to be completely separate and recognizable disorders, but clinicians now often diagnose the same individual with both disorders. There is also a growing awareness that they sometimes overlap or constitute amalgams of problems, and that in some families they may represent different aspects of the same underlying disorder3.

I coined ESSENCE to highlight the clinical reality of children (and their parents) who have complex, impairing developmental symptoms before 5 or 6 years of age. These children may have any combination of problems with general development, communication and language, social skills, motor coordination, attention, behavior, mood and sleep.

Clinicians may refer children with major difficulties in one or more — usually several — of these areas, to one of a long list of specialists: health visitors, nurses, social workers, education specialists, pediatricians, general practitioners, speech and language therapists, child neurologists, child psychiatrists, psychologists, neurophysiologists, dentists, clinical geneticists, occupational therapists and physiotherapists. In the vast majority of cases, they will see only one of these specialists, whereas they would benefit from the input of two or more, or maybe even all, of these experts.

So-called ‘comorbidity’ is a misnomer if ever there was one, as we are usually not dealing with completely separate disorders.

Diagnostic manuals list the syndromes included in ESSENCE as more or less discrete disorders. These syndromes include ADHD, disruptive mood disorders, tic disorders such as Tourette syndrome, language disorders, autism, intellectual disability, nonverbal learning disabilities, bipolar disorder or major depression, behavioral syndromes, rare epilepsy syndromes, reactive attachment disorder and pediatric acute-onset neuropsychiatric syndrome.Each of the disorders has links to one or more of the others on the list.

Although these disorders occasionally show up as isolated conditions, they are not necessarily conditions in their own right. But these definitions drive researchin the whole field of child health.

Language disorders provide one example of how clinicians can apply ESSENCE to early diagnosis.In a 2006 population study, researchers looked at 25 children diagnosed with specific language impairment (SLI) at 2.5 years of age by child health nurses and a pediatric speech and language therapist4. The children had fewer than 25 communicative words and comprehension or articulation difficulties.

The researchers compared these children with 80 others who do not have SLI and followed themfor a period of five years (a language therapist assessed each child at ages 4, 6 and 7.5 years). When the children were 7.5 years old, a neuropsychiatric team that did not have access to the original reports assessed each of them. At this age, more than 70 percent of the children diagnosed with SLI alsoturned out to have ADHD, autism, another ESSENCE disorder, or a combination of these.

None of the children had been suspected of having any of these problems at the original diagnosis of SLI. At 4 and 6 years of age, the therapists had diagnosed only a small fraction of these children with ADHD or autism. Even fewer of the children had received appropriate interventions for such problems.

What can we conclude on the basis of these and similar findings from previous studies? Clinicians and therapists diagnose many children with language disorders at 2.5 years of age, according to U.K. and Swedish studies5. When clinicians diagnose a language disorder in a health setting, they usually refer the child for a hearing test and assessment and possibly for speech and language therapy. The study suggests that this might not be appropriate.

Instead, the problem signaled by the language disorder should place the child into the ESSENCE group, leading to a referral that includes a multidisciplinary evaluation by a community pediatrician, a psychologist and a speech therapist.

Similarly, in a 2010 study of more than 300 preschool children with a clinical diagnosis of autism, the vast majority met the diagnostic criteria for autistic disorder, Asperger syndrome or pervasive developmental disorder-not otherwise specified at follow-up after two years. However, clinicians diagnosed about one in ten with a different developmental disorder, such as ADHD or a language disorder7.

These findings support the notion that these children were suffering from ESSENCE. Depending on the inclination, interest and training of the professionals first seeing the child, they may have first diagnosed the child with ADHD, language disorder or autism. And they may have missed any number of comorbid problems.

The typical symptoms of ESSENCE include motor abnormalities, general developmental delay, language delay, social deficits, behavior problems, hyperactivity and impulsivity, or, conversely, hypoactivity, inattention, sleep problems and picky eating.These symptoms should not be seen as specific for ESSENCE. Instead, they are markers for the (likely) presence of a neurodevelopmental disorder that (likely) will continue to cause symptoms long after the first appearance of symptoms.

The estimated prevalence of each of the syndromes subsumed under the ESSENCE acronym ranges from 0.1 to 5 percentof the general population. Researchers have epidemiologically surveyed most of the disorders during elementary or middle school ages, and studied only a few during preschool years. Even though all of the syndromes are present (and usually symptomatic) from preschool years, many cases will not have come to the attention of clinicians before school age.

The sum prevalence of about 10 percent of children in the general population suffering from these syndromes may not reflect how many children come to clinical attention during the preschool period. On the basis of preschool studies of autism and ADHD, a reasonable estimate would be that about 5 to 7 percent of children under 6 years of age would meet criteria for ESSENCE — meaning that they have clinical symptoms of a syndrome and have been referred to a clinic for diagnosis and intervention8, 9.

Boys would be over-represented in this group. However, they probably wouldn´t outnumber girls by more than three to one if parents, teachers and clinicians were more aware that girls with autism, ADHD or a language disorder have slightly different presentations than boys do10, 11.

Girls, as a group, tend to be less violent, less hyperactive, more socially adept and better at using language skills for communication. All of these factors may mask the early appearance of autism or ADHD. With better awareness about the presence of such disorders in preschool-aged girls, more and more female cases are likely to come to attention over the next several years — and further enhance our understanding of ESSENCE.

Christopher Gillberg is professor of child and adolescent psychiatry at the University of Gothenburg in Sweden.