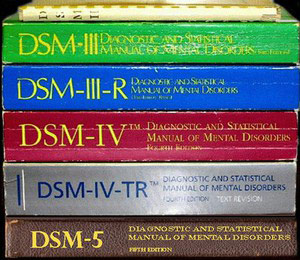 Category change: The evolving guidelines for diagnosing autism acknowledge that when language is present in individuals on the autism spectrum, it may be atypical in subtle but important ways.

Most people with an autism spectrum disorder can speak fluently, but they do not do so in a typical manner. Take Michael, for example. Michael, a bright 11-year-old whose vocabulary is unusually rich, recently came to our clinic for an assessment.

Michael can sustain a conversation; he was talkative and responsive throughout his assessment, answering questions that were put to him, and sharing extensive information about his interests. On the other hand, if you listened carefully you would notice that he always sought to return the conversation to a particular topic (a computer game called ‘Warhammer’). He seemed to find it almost impossible to move on to new subjects.

Michael’s language was peppered with phrases that sounded rather too grown up. These phrases recurred regularly throughout the interview, and he spoke them each time with a similar intonation. When he answered direct questions, he simply provided a factual answer, without elaboration or asking a question in return. His intonation was also unusual, as if he did not have a feel for which words in a sentence to stress and how to appropriately vary the prosody — or rhythm — of his speech.

The scientific literature on autism has infrequently addressed the value of studying how people with the disorder use language for social communication, sometimes known as the pragmatic aspect of speech development.

Over the past 20 years, there have been many changes to our understanding of how language develops among people on the autism spectrum. Major differences in opinion are apparent in the evolution of diagnostic criteria from the Diagnostic and Statistical Manual of Mental Disorders III (DSM-III) to the DSM-IV, DSM-IV-TR and the upcoming DSM-5.

With the imminent publication of the DSM-5, we are on the verge of a seismic shift in the definition of autism spectrum disorders. Importantly, under the proposed DSM-5 guidelines, the canard that most people with autism cannot speak, or have such disordered language that they cannot sustain a conversation, has been abandoned.

Neither the DSM-III nor the DSM-IV had much to say about language in autism spectrum disorders. Their definition reflected a long-standing belief that language is usually severely delayed, and is seriously impaired in people with these disorders. The DSM-IV criteria describe that, “In individuals with adequate speech, [there is] a marked impairment in the ability to initiate or sustain a conversation with others.”

This clearly implies that to meet the criteria for a diagnosis of autism, the individual would not be capable of holding anything resembling a normal conversation. If language does develop, there is an assumption that features such as echolalia, or repeating vocalizations; pronoun reversal; stereotyped utterances and lack of metaphorical usage would be prominent.

We assume these criteria were justified by the accepted wisdom that most people on the autism spectrum have moderate-to-severe intellectual disability, and the pervasive failure to recognize typical symptoms of autism among individuals with normal-range intelligence. In turn, this bias confirmed the common prejudice that severe language delay or disorder is a common correlate of the autism spectrum.

Over time, clinicians began to recognize that there are many examples of individuals with autism who have fluent, sometimes exceptionally fluent, language. These individuals do not have any delay in the onset of their language skills; indeed, onset is sometimes precocious. As the definition of autism seems to exclude individuals with good formal language, the term ‘Asperger’s Disorder’ was introduced into the DSM-IV (under the rubric of pervasive developmental disorders). Yet it is a startling fact that this new definition of Asperger syndrome did not name a single language abnormality.

Accordingly, in definitions of both ‘Autistic Disorder’ and ‘Asperger’s Disorder,’ the DSM-IV managed the paradoxical feat of simultaneously under- and over-estimating the language abilities of people on the autism spectrum.

Clinicians interacting with individuals who have Asperger syndrome could not have failed to notice that their expressive and receptive language is almost always far from typical. Many individuals with excellent formal verbal abilities and high verbal intelligence quotients struggle to set a context for the subject matter of a conversation.

They overuse figures of speech; they lack the ability to discuss subjects with coherence, so their conversations tend to run off in unexpected directions; they make overly literal interpretations of idioms and — especially in those who also have attention deficit hyperactivity disorder — they struggle to initiate or sustain conversations.

We suggest that the failure to provide diagnostic criteria based on the subtle language problems that are associated with Asperger syndrome or high-functioning autism reflects a mistaken belief that the capacity for verbal communication is either fully present or fully absent. There has been a failure to adequately take account, in definitional terms, of subtle language skills — the pragmatics of language usage.

Pragmatics comprise the social rules of language. These include the capacity to set appropriate contextual cues for what we are talking about (often lacking in young typical children), the ability to adapt language to suit the occasion (such as acknowledging a social hierarchy), and following conversational rules (including taking turns and keeping to the thread of the conversation). When defining Asperger syndrome, the DSM-IV did not specifically note that children with autism often have some, but not all, of the capacities required for successful social communication. Critically, they usually have significant pragmatic language problems1.

What is rarely remarked upon is that there was a significant shift in the definition of Asperger syndrome when the DSM-IV was revised in 2000. The revised edition, the DSM-IV-TR, also implied that autism is associated with serious language problems, but it acknowledged the presence of pragmatic language difficulties in Asperger syndrome.

Specifically, the DSM-IV-TR clarified that, although Asperger syndrome is not accompanied by language delay, “subsequent language may be unusual in terms of the individual’s preoccupation with certain topics and his or her verbosity. Difficulties in communication may result from social dysfunction and failure to appreciate and utilize conventional rules of conversation, failure to appreciate non-verbal cues, and limited capacities for self-monitoring.”

And so, in the transition from the DSM-IV to the DSM-IV-TR, we witnessed the kindling of a quiet revolution, an acknowledgment that when language is present in individuals on the autism spectrum, it may be atypical in subtle but important ways. Still, this revelation was tucked away discretely in the text of the DSM-IV-TR, and was not in the diagnostic criteria for Asperger syndrome.

In the newest, not-yet-published version, the DSM-5, the stipulation that there is a “delay in, or total lack of the development of, spoken language” has been removed from the core diagnostic criteria.

The DSM-5 criteria advise us to pay greater attention to the quality of language. Conversation may be sustained, but there is a “failure of normal back and forth conversation through reduced sharing of interests” and “poorly integrated verbal and non-verbal interaction.”

A little-reported yet profoundly important change from DSM-IV-TR diagnostic criteria concerns pragmatic language items. These have been moved from the domain of ‘communication’ to that of restricted and repetitive patterns of behavior. They include stereotyped or repetitive speech, idiosyncratic phrases, ritualized patterns of verbal behavior and repetitive questioning. The move may detect individuals who previously would not have met any criteria within the DSM-IV-TR’s domain for repetitive behaviors.

In other ways too, the DSM-5 criteria encompass linguistic characteristics from across the spectrum. For example, the phrase “failure of normal back and forth conversation” could describe a child with an IQ of 40 who is incapable of any verbal interactions, as well as the one-sided and pedantic conversational style of a highly intelligent adult with autism.

For this, the architects of the DSM-5 should be commended: The provision of diagnostic guidelines that account for autism’s heterogeneity is no small achievement. However, this inclusivity brings with it the risk of vagueness. For example, the criteria don’t include anything explicit on the poor use of contextual cues, stereotyped conversation, overly literal usage, abnormal intonation (exaggerated or limited prosody) or verbosity.

This is not a criticism of the DSM-5 guidelines. Diagnostic criteria cannot reference every aspect of a disorder. But the fact that the DSM-5 acknowledges pragmatic language difficulties without clearly defining them presents a challenge for people seeking to achieve accurate and thorough assessment for people with autism. Clinicians have been told to expect subtle language difficulties in their patients, without being told much about what to look for.

There is a clear solution to this problem: the use of standardized assessment instruments to evaluate subtle language deficits in individuals with fluent speech.

Specifically, we argue that the publication of the DSM-5 should initiate the development of a new round of tools that will allow researchers and clinicians to assess language strengths and difficulties among those with a wide range of intellectual abilities.

Some measures already have the potential to capture subtle anomalies. The Autism Diagnostic Observation Schedule, when used by a carefully trained and reliable observer, is a valuable measure. However, in the wrong hands it can easily be misused. Parent-report instruments that characterize pragmatic difficulties on the autism spectrum can be complemented by teacher reports (to evaluate reliability).

Examples include the Children’s Communication Checklist2 and the Developmental, Dimensional and Diagnostic Interview3. Other widely used instruments, designed to implement DSM-III/DSM-IV criteria, were validated on individuals with generalized intellectual disabilities. These pay little attention to the subtleties of language, and so will struggle to provide comprehensive and accurate DSM-5 based assessments.

We strongly support the acknowledgment, implicit in the DSM-5, that pragmatic deficits are core features of most newly diagnosed cases of autism. Yet without adequate clinical guidance, practical implementation of the redrawn criteria could be flawed and inconsistent.

David Skuse is professor of behavioral and brain sciences at University College London. William Mandy is a lecturer in the university’s department of clinical psychology.