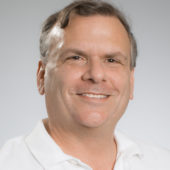 Eric Schadt
Professor, Icahn School of Medicine at Mount Sinai
Sign up for Spectrum’s newsletters
Thanks for subscribing!
The Expert:

Autism has a large genetic component, and the number of genetic variants implicated in the condition is increasing. People with autism may have their genomes sequenced as part of a study or for diagnostic purposes. And this process may reveal variants known to increase their risk for entirely different conditions.

This bonus information, or ‘incidental findings,’ may have clinical value if it points to treatments. Such information can even be harmful — say, if it indicates that a person has an untreatable, devastating condition or if an insurance company uses it as a reason to deny coverage.

As a society, we need to establish guidelines on when clinicians should share incidental findings, whether an individual gets to choose to hear the results, and how best to support those who receive the information.

In one of the first studies of its kind, we have tapped into 35 people’s reactions to the reveal of their entire genomes. We learned that the best way to boost the benefits, and reduce the harm, of incidental genetic findings is to provide adequate information and support.

Faster, cheaper DNA sequencing is moving genetic analysis outside the clinic and into people’s homes. A concomitant explosion in tools to interpret genetic data is further democratizing access to genomic information. As a society, we have an obligation to figure out how best to support this process as well.

When ignorance is bliss:

Incidental findings are not unique to genetics; many routine tests yield them, too. If you have kidney stones and get a body scan to identify their location, the scan could reveal unexpected issues with nearby organs, such as the spine. Indeed, studies show that scans reveal incidental findings as often as 70 percent of the time1.

Incidental findings can be life-changing. For example, a couple of years ago, a pregnant woman at our clinic had routine genetic screening that revealed a rare genetic condition called Gaucher disease, which she had not known she has. The woman is now receiving treatment that has significantly improved her quality of life.

The American College of Medical Genetics provides guidelines about which incidental genetic findings should be reported, focusing on those that are medically actionable2. For example, a woman who knows she has a BRCA1 mutation that boosts breast cancer risk might opt for frequent mammograms or even a mastectomy. Knowledge of mutations that lead to high cholesterol might spur people to seek treatments to lower their heart disease risk.

Conversely, a significant portion of incidental findings are clinically relevant but not reported. This seems justified in cases in which there are no treatments or preventive measures for the problem the results bring to light.

For instance, DNA analysis can reveal that a person will develop Huntington’s disease, a severe degenerative neurological disorder. Because no effective treatments exist for Huntington’s, there is little upside to knowing you will someday experience its devastating consequences. Even in less drastic cases, incidental findings may serve only to increase anxiety and stress, which many individuals with autism and their families already have enough of.

But perhaps the individuals themselves should decide whether they want to learn about incidental findings. Imagine someone, fully informed about possible scenarios, who asserts that they would forgo treatment and would rather not experience the worry that comes with knowledge. Do individuals have the right to choose this path?

These are complicated ethical issues. To properly address them, we need data on how people respond to the return of incidental findings.

We conducted a series of studies in ostensibly healthy individuals to assess the psychological and behavioral impact of receiving sequencing results3,4,5. We recruited 35 people from the general population, using flyers and a word-of-mouth campaign. We sequenced their whole genomes and then returned a report covering ancestry, physical traits, drug metabolism and conditions caused by a single gene, as well as risk for more complex conditions such as Alzheimer’s disease.

We found that of the 29 participants who completed a survey six months later, 20 were happy or relieved about their results. They welcomed learning about their ancestry, for example, as well as their sensitivity to medications and risk of passing potentially harmful mutations to their children. They were not completely free of anxiety, however. Most of the concerns centered around the risk of scary-sounding diseases, possible implications for health insurance and confusion about what the results mean. A few individuals had severe anxiety over results that indicated a high risk of a rare genetic disorder or early-onset Alzheimer’s disease, for example.

Our study included in-person meetings with genetic counselors, in which participants could discuss their concerns, receive educational materials and learn the implications of their results and what type of clinical follow-up was available. Counseling sessions allayed nearly all of their concerns. Some participants sought clinical follow-up, and others felt that the raw data file they received might be of clinical use to them in the future.

Our results suggest that returning incidental findings is generally neutral or beneficial, as long as it is accompanied by efforts to help people understand their incidental findings. These results jibe with those from other studies in which researchers surveyed people’s responses to receiving unexpected findings from genetic testing6.

In the real world, the resources needed for counseling are likely to be even greater than they were in our study. Our participants are more educated than the average person, because we recruited them from an affluent area of New York City that contains a highly skilled workforce. As a result, the people in our sample may understand their genetic results relatively rapidly. In addition, because they did not need genetic testing — but chose it — they may be predisposed to wanting to learn about their results.

Using genetic counselors is critical because physicians often do not understand the nuances of genetics and, even if they do, are not trained to explain them. Yet staffing hospitals and clinics with counselors may prove difficult. Demand for these experts is rapidly growing as more people receive results from DNA sequence data and those data become more comprehensive and complex. However, the pool of genetic counselors is growing slowly and is unlikely to keep pace with the need.

The problem is likely to worsen with the increased demand for genome sequencing or testing among people who opt for genetic tests out of curiosity. We may also need specialists to adapt counseling to people with communication challenges or intellectual disabilities.

Only with such knowledge and resources can we ensure that every individual’s experience with genome sequencing is informative, supportive and beneficial.

Eric Schadt is Mount Sinai Professor in Predictive Health and Computational Biology at the Icahn School of Medicine in New York City. He is also founder and chief executive officer of the predictive health company Sema4.