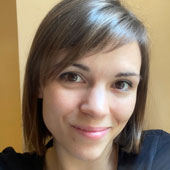 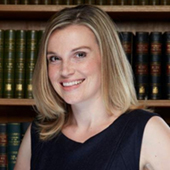 Emily Jones
Professor, Birkbeck, University of London
Sign up for Spectrum's newsletters
Thanks for subscribing!
The Experts:

Advances in genetics have revolutionized our understanding of autism’s origins. We know that hundreds of genes with diverse functions can contribute to the condition, and many of these genes act primarily on the formation of the brain during prenatal and early postnatal development. But we still don’t fully understand how these genetic factors translate into the behavioral signs of autism in early childhood.

Genetic changes can influence how the brain develops and processes information about the environment from conception, which could in turn affect a child’s later interests and behaviors — an effect that can be uncovered only by studying infants. Studies that follow ‘baby sibs’ — infants who have an older sibling with autism and therefore an increased likelihood of being on the spectrum, too — have identified changes in early brain and cognitive development that precede an autism diagnosis. These changes include alterations in the wiring and structure of the brain that translate into differences in how an infant responds to her environment.

One such difference involves a brain response called the N290, a dip in electrical activity that occurs about 290 milliseconds after a child views a picture. Our group has unpublished evidence that non-autistic infants show a later N290  response to pictures of faces compared with non-face images, indicating that their brain lingers on faces, but infants later diagnosed with autism do not process faces and non-faces differently. How this difference in the N290 and other changes relate to autism-linked genetic variation has been unclear.

In a study published in June, we integrated genetic analysis into an investigation of the N290 response in baby sibs. This enabled us to begin to identify the brain changes associated with key autism-linked genes and traits. The approach may also highlight opportunities for interventions.

Our study focused on N290 responses because it is a marker of attention to social information, which is a key candidate path through which genetic factors may contribute to autism traits. Attention is a gateway to learning, and paying attention to other people provides babies with critical access to the information they need to learn about the social world. Genetically induced changes in social attention could affect early social learning and influence social development in autistic children. Indeed, studies have indicated that other measures of social engagement are highly heritable, that parental measures of social interaction relate to brain measures of social engagement in their infants and that changes in social engagement presage an autism diagnosis.

We used electroencephalography to gauge the speed of the N290 response in 81 baby sibs and 22 infants without a family history of autism when the children were 6 to 10 months old. We also calculated each baby’s ‘polygenic score,’ the sum of all common genetic variants associated with autism and other conditions in their DNA.

Baby sibs with a higher genetic predisposition to autism and other conditions had a shorter N290 response to faces than to non-face images. This work confirms that one way autism-related genes can contribute to autism traits is by altering the brain’s responses to social information during the first year of life. Our work also supports the idea that polygenic scores can help reveal causal links between autism traits and the condition itself.

Our study is part of a prospective longitudinal study called the British Autism Study of Infant Siblings, which has been following baby sibs from infancy until mid-childhood and couples behavioral assessments with neuroimaging and biometric techniques. Linking these measures to differences in the DNA helps us understand how genes affect brain development to influence behavior. For example, we plan to test the link between polygenic scores and brain activity measured when infants view videos of social scenes or participate in real-world interactions, both of which might more closely represent infants’ everyday experiences.

We continue to follow the babies as they grow and get assessed for autism and other conditions, and to examine how the children’s early brain development, behavior and genetics relate to their diagnostic outcomes. In a study using eye-tracking technology with more than 300 infants, we found that longer looks at a picture of a face presented amongst other images was linked to polygenic scores for attention deficit hyperactivity disorder (ADHD) and not autism. Interestingly, this eye-tracking indicator of reduced flexibility in gaze shifts was also associated with elevated traits of ADHD but not autism at age 6.

As we begin to explore the effects of genetics on early brain development, we must also consider the ethical and societal implications of our work. Such associations do not imply deterministic changes that predestine a child to an immutable future. Rather, we believe that identifying early brain changes associated with particular genetic profiles should be used as a starting point to investigate the environmental changes a child needs to develop optimally. Indeed, early interventions that enrich a child’s social environment and help her engage with others might ease some autism-related difficulties over time.

In the longer term, understanding the effects of genetics on the developing brain should create a new urgency to delineate the optimal environments for children with different genetic profiles and to optimize their developmental trajectories.

Anna Gui is a postdoctoral researcher in psychological sciences at the Centre for Brain and Cognitive Development at Birkbeck, University of London in the United Kingdom. Emily Jones is professor of translational neurodevelopment at the center.