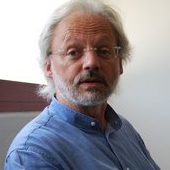 There are no medications developed specifically for autism, but some drugs can modify behaviors associated with the condition. After stimulants, antipsychotics are the drugs most often prescribed to ease traits that accompany autism, including irritability, aggression, repetitive behaviors and hyperactivity.

Few of these drugs, however, are labeled for treating autism or for use by children or adolescents, and their indications may vary from one country to the next. In some countries, these drugs are overprescribed, whereas in others, especially in Europe, they are often not available to the children who need them.

Closing that gap — and improving care — requires data showing whether these drugs work, better education of clinicians about the drugs’ usefulness and a greater exchange of information between regulatory agencies and both researchers and clinicians.

Part of the issue lies with the drugs’ regulatory status. Of the 67 antipsychotic drugs on the market, only 19 are approved for use in children or adolescents in the United States, United Kingdom or Italy, and only 3 are approved in all three countries1.

Other drugs may have been approved to treat a specific condition in only certain countries. The antipsychotic risperidone, for example, is licensed in the U.S. for treating schizophrenia, bipolar disorder and irritability associated with autism. But in the U.K. and Italy, the drug is approved only for persistent aggression and conduct disorder in children and adolescents with intellectual disability.

Two factors might contribute to these differences. The pharmaceutical company may not have wanted to file for approval from the European Medicines Agency to extend the drug’s use to a new population, or the agency may not have considered the existing evidence to be sufficient to approve it.

Regardless, the outcome is the same: Autistic children and adolescents in certain countries may not get the treatment they need.

Regulatory agencies in both the U.S. and Europe have established a system of obligations, rewards and incentives for companies to ensure that medicines are researched, developed and authorized to meet children’s therapeutic needs. Despite this, the regulatory status for antipsychotics does not yet reflect the scientific evidence documenting their safety and effectiveness.

However, clinicians can still prescribe the drugs for off-label use.

The term ‘off-label’ does not imply that the clinician has prescribed the drug to be used in an improper, illegal or investigational way. It only means the company has not submitted the necessary evidence to a regulatory agency to approve the drug’s use.

Clinicians often use off-label prescriptions to make these drugs available to their patients. In one 2016 survey in Denmark, one-third of all the antipsychotics prescribed to children and adolescents were given for off-label use2. Some drugs prescribed off-label for a condition are more effective and safer or have better outcomes than those approved for the condition3.

For example, in the U.K. and Italy, haloperidol is authorized for use in children with autism. Although trials show that haloperidol eases irritability, it is less effective and less well tolerated than risperidone4,5. Haloperidol may expose children to greater risks, such as cognitive impairment, than the off-label use of risperidone or the antipsychotic aripiprazole.

Obtaining an off-label prescription depends on clinicians’ awareness of the rules, their concern about any health risks for their patients or legal liabilities for themselves, and the family’s ability to pay. Countries with universal healthcare systems, such as the U.K., rarely offer reimbursement for off-label prescriptions, forcing families to pay out of pocket.

Some clinicians are reluctant to prescribe off-label drugs, perhaps out of worry that they are breaking the law, though they are not. Their inaction is unacceptable when evidence of efficacy and safety is available: This is a right to health denied.

It’s clear that clinicians need a more consistent and evidence-based approach to prescribing antipsychotics to children and adolescents with autism. There is an urgent need for better long-term studies of the uses and effects of drugs in children and adolescents with autism, as well as analyses of accumulated data on the safety and efficacy of off-label prescribing in these groups. The narrow focus on short-term trials means there is little information on any infrequent, but potentially serious, adverse effects on child development for commonly prescribed psychotropic medications.

Clinicians who treat children and adolescents with autism need up-to-date information from high-quality clinical trials and systematic reviews of antipsychotic drugs. International regulatory agencies should assemble a database of evidence on the use of antipsychotic drugs in children and adolescents. This would make drug regulations, availability and prescribing more consistent worldwide.