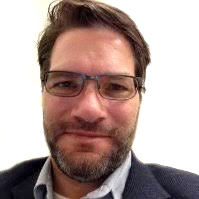 Peter Doehring
Autism researcher, ASD Roadmap
Sign up for Spectrum's newsletters
Thanks for subscribing!
The Expert:

My lifelong fascination with science centers on its potential to improve our lives in practical and meaningful ways. I began my career as a clinical and research psychologist focused on autism more than a generation ago, when autism research was rapidly expanding. It seemed inevitable that basic science investigating autism’s characteristics and causes would begin to yield insights that we could translate into increasingly effective interventions. I expected to witness a gradual shift from basic science toward studies of interventions that systematically targeted specific skills, behaviors and populations.

I also expected that such translational research would begin to move beyond academic centers and into the community, where investigators could demonstrate how to scale up effective practices to reach everyone living with autism, including those whose behaviors and levels of co-occurring intellectual disability put them at risk for placement outside the home. And as my own daughter with this condition approached adulthood, I hoped to see more research demonstrating programs and practices that promote a better quality of life for adults with autism.

Unfortunately, these kinds of shifts did not occur. The preponderance of autism research has remained centered on basic rather than applied science, according to my own research and studies by others. I have spent much of the past decade trying to understand why the arc of research hasn’t bent further toward impact.

To delve into this question, I examined papers published in the Journal of Autism and Developmental Disorders (JADD), focusing on the years 1979, 1989, 1999, 2009 and 2019. My analysis appeared in a special May issue of the journal marking four decades since ‘autism’ debuted as a distinct diagnosis in the Diagnostic Statistical Manual of Mental Disorders, the diagnostic manual used in the United States. JADD is the only autism-focused journal spanning that history.

My review of all content from the five selected years yielded 616 articles describing original empirical research (as opposed to review articles, case studies, letters and commentaries). Ninety percent were published during the last two years I examined, confirming the explosion in research that many of us have witnessed. In fact, more articles were published in 2019 than during the four previous time points combined, likely reflecting the increase in U.S. research funds after the Combating Autism Act was passed in 2006.

I classified each of the 616 studies as basic or applied research. Basic research, by my definition, explored the characteristics, associated features, general trajectories and possible causes of autism. Applied research included studies that directly tested assessment or intervention practices with clinical populations and studies addressing factors that might influence these practices, such as disparities in access to services.

I found no evidence of a shift toward applied research over time. The proportion of publications focusing on basic research remained between 58 and 60 percent, except in 1989 when it spiked to 80 percent. Although some types of applied research — such as surveys of treatment practices and studies of web-based tools and supports — increased over the years, research on interventions decreased from between 24 and 31 percent in the first two time periods to just 12 percent in the last two time periods. Moreover, most intervention research continues to occur in specialized university or hospital settings. Only 6 percent was conducted in community settings, a proportion that did not grow during the study period.

One of the more disappointing trends is the lack of research on interventions that might help individuals with the greatest degree of disability. The proportion of treatment studies that included children with a severe form of autism decreased from 1991 to 2013, according to a 2018 review of the literature. This suggests that the arc of research bends away from those who may have the most to gain.

Despite the lack of movement toward applied research that touches communities, there is a partial road map for this trajectory. Two popular tools for autism screening and diagnosis — the Modified Checklist for Autism in Toddlers and the Autism Diagnostic Observation Schedule — grew out of basic research more than 30 years ago. They have since been widely adopted in applied research and may contribute to the early identification of autism that so many say is critical to improving outcomes. The missing piece is determining just how much these instruments have affected community practice, such as access to early intervention.

There is an obvious reason why applied research in general and community-based intervention research in particular remains stunted. Such studies are simply harder and costlier to do. The latter requires that researchers build partnerships with community agencies. This takes time, and it slows the pace of publications that new researchers need to launch a career in an increasingly competitive world.

Additional investigations will be needed to better understand trends in autism research. My study simply counted the number of studies in one scientific journal. Would the findings be the same for other journals focused on autism? Are there other ways to characterize the relative emphasis of basic versus applied research in either research publications or funding? And, of course, it is possible that in another decade or so we will see the arc begin to bend. We may simply need more time for basic research to pave the way not merely for more basic research but for better education programs, treatments and outcomes.

Peter Doehring is an independent autism researcher and consultant based in Chadds Ford, Pennsylvania.