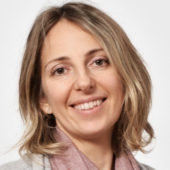 Gaia Novarino
Assistant professor, Institute of Science and Technology
Sign up for Spectrum’s newsletters
Thanks for subscribing!
The Expert:

Austria — the Medical University of Vienna in particular — was once at the forefront of research in autism. More than 50 years ago, the Austrian neurologist Andreas Rett was the first to describe a rare neurodevelopmental condition in 22 girls. His work gave physicians in Europe, North America and elsewhere the ability to diagnose what is now called Rett syndrome.

Two decades earlier, in 1944, Hans Asperger published his postdoctoral thesis about a condition the world would later know as Asperger syndrome, which has since been absorbed into the autism diagnosis. Although medical historians have found that Asperger cooperated with the Nazi regime, his scientific findings still stand1.

These Viennese pediatricians helped pave the way for a global recognition of these conditions and their treatment. Today, Austria is a highly developed country with about 9 million citizens, including more than 100,000 who have autism.

Austria has a highly functional medical system, high standards for diagnoses and procedures, and an equitable health insurance system. Yet autistic people in Austria and their families are often frustrated by the lack of awareness and knowledge about the condition. Daycare and school personnel do not look out for it, and doctors lack the background and training necessary to accurately diagnose it.

One mother, J., in a private conversation described to me the ignorance she encountered after her 8-year-old son was diagnosed with autism. “While in contact with specialized members of the healthcare and school systems, the absence of proper information about autism spectrum disorders becomes at times alarmingly noticeable,” she told me. “A school principal brought up the movie ‘Rain Man’ as a valid reference for the hopeful future of our child. The impact of it can have a detrimental effect on the very person or family they are trying to assist.”

Austria has few centers specializing in autism diagnosis and treatment. Children often wait more than six months to see a specialist, and it can be several years after their autism features first appear before they receive a diagnosis. Other European countries, such as Germany, offer more services for people with autism.

One reason for the discrepancy in care may be Austria’s lack of specialized university programs. Training in child and adolescent psychiatry has been available in German universities since the late 1960s but was not offered in Vienna until 2007. As a result, child psychiatrists are in limited supply across Austria. In some Austrian states, there are no child psychiatrists in private practice whose services are fully covered by insurance.

This means children lose valuable time waiting for a diagnosis when they could be receiving therapy. In addition, promising tools, such as eye tracking, that can flag infants at risk of the condition are available in only a few clinics.

A second problem arises after children receive an autism diagnosis: Parents don’t know what to do next.

“There was no guidance, no immediate place to go,” J. told me. “Diagnosis in hand, we were on our own.” Like this mother, many parents in Austria must fight to find support in a labyrinthine social system.

The lack of autism specialists and treatment centers leads to long delays for families. For example, many wait more than a year to secure a place in a behavioral program at the autism center of the Medical University of Vienna. J.’s son waited two years before he received any therapy, despite his parents’ unflagging attempts to get him the support he needed.

There are, however, signs of progress. Increased media coverage and outreach by advocacy groups have enhanced people’s awareness of autism, and a few state-of-the-art programs have sprung up. For example, a new diagnosis and behavioral-training center in Sankt Pölten, a city just west of Vienna, offers behavioral-training programs to 100 children at no cost to their families, thanks to contracts with public insurance providers. Programs like this are innovative, by Austrian standards, and a good start to improving the situation, but they must be replicated across the country.

People in Austria lack expertise and awareness about genetic contributors to autism. Genetic tests are available for other medical conditions, such as breast cancer, but there are no routine tests or counseling available for autism. Medical insurance providers consider genetic testing for autism to be experimental, so they typically don’t cover the costs.

Austria has also missed out on research opportunities that could build up its autism expertise. Although 14 nations participate in the Autism Innovative Medicine Studies, for example, Austria isn’t one of them.

Austria can catch up to other countries, however. To do so, the government needs to offer programs that train doctors to specialize in autism and spread awareness among parents, childcare workers and teachers. Each year, more than 1,000 children in Austria start to show autism traits, making it crucial to diagnose and treat the condition.

On the research front, the government should fund a program to systematically sequence the genomes of all Austrian children diagnosed with autism.

Austria has the resources and the potential to substantially improve the situation for its autistic citizens. J.’s son now attends an integrated school program, where children with autism and typically developing children learn together under the supervision of trained teachers. In J.’s view, “The aid it provides us with, to this day, has been life-changing.”

Gaia Novarino is assistant professor of neuroscience at the Institute of Science and Technology in Klosterneuburg, Austria.