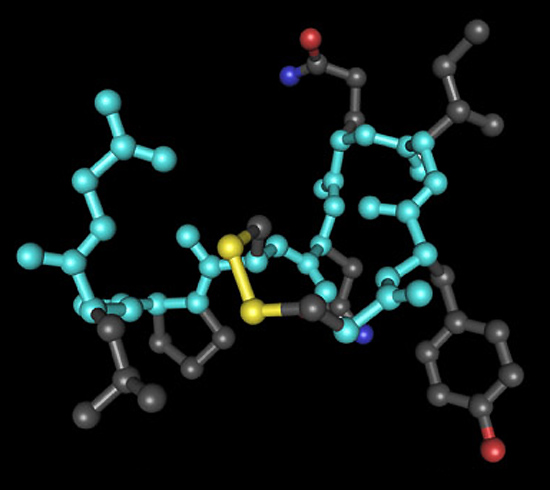 In the autism world, oxytocin is hot — it’s one of the only strong candidates for treatment — but if you believe one group of researchers, some of the most talked-about data is more smoke than fire.

Others have shown that carrying certain common variants of the oxytocin receptor gene, OXTR, ups the risk of developing autism.

According to a team of European researchers, these associations may be just flukes.

The researchers analyzed genetic data from three independent groups, totaling 436 participants, in Portugal, Ireland and the U.K., and say that the OXTR-autism associations in their samples do not meet statistical significance. The study appeared 18 March in Neuroscience Letters.

In parallel experiments using postmortem brain tissue, the researchers also looked at whether the autism-linked OXTR variants influence the expression of the gene in the amygdala. Their results suggest the variants have no effect.

If they’re right, is there something else that would explain oxytocin’s recurring link to autism?

The authors call for more thorough gene sequencing studies of OXTR, which could pinpoint rare mutations that disrupt the gene’s function. Alternatively, as a study from last fall suggests, OXTR could be vulnerable to epigenetic control — such as DNA methylation.

In any case, their research at least reminds me that oxytocin’s effects in the brain are still largely a mystery.