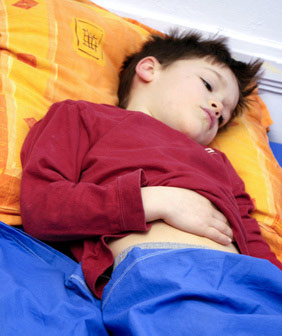 The question of gastrointestinal (GI) problems in autism is a tricky one; estimates vary on the percentage of children that suffer from stomach troubles, ranging from about 10 to 90 percent, and scientists disagree over what causes them and what role, if any, they play in the disorder.

Some studies suggest that only certain types of GI problems are more common in children with autism compared with typically developing children, notably constipation, and that they might result from the children’s strong preferences for certain foods.

Other research has found that children with autism have different populations of microbes in the gut, which could contribute to GI issues.

A new study suggests that stomach problems in children with autism don’t result from differences in diet or in medication use.

Though the study does not suggest an alternative explanation, it is the first to incorporate data from both parents and gastroenterologists into an exploration of the role of GI issues in autism.

Researchers found that parents of typically developing children, as well as those of children with autism, accurately report their child’s GI symptoms. This is an important finding because it could point the way to much-needed larger epidemiological studies. Parental assessments are obviously much easier and cheaper to collect than a physician’s work-up, but until now it was unclear how reliable they are

Researchers studied 120 children who have either autism and GI disorders, autism without GI problems, or GI issues but not autism.

Children with GI problems were evaluated by a pediatric gastroenterologist, and all parents completed a survey about their child’s GI symptoms and recorded everything the child ate during a seven-day period. Then they compared parent and physician reports to see if the diagnoses matched.

Food surveys showed that all groups have similar diets. What’s more, there are no differences in the autism subgroups in terms of taking medications with potential constipating side effects.

The researchers also found that parents may be underreporting rather than overreporting GI problems in children with autism. Nineteen children originally enrolled in the autism-only arm of the study were later found to have GI problems.

The study also highlighted interesting differences in symptoms between those with and without GI problems. Children with both autism and GI issues are more likely to be non-verbal and to have more severe social impairments than those with just autism.

The reasons for this link are still unclear, and larger studies are needed to confirm the finding. But in the meantime, the researchers recommend that clinicians and parents closely monitor children with autism during treatment for GI problems in order to determine if this improves behavior.

They also say it will be important to determine whether the non-verbal children have more severe symptoms because they can’t as easily express themselves, or if they are the result of true biological differences.