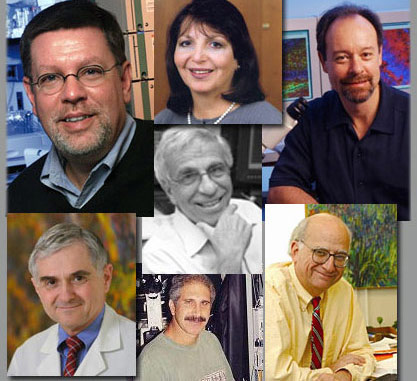 You wouldn’t think the National Academy of Sciences (NAS) has anything in common with the Rock and Roll Hall of Fame, but like that august body based in Cleveland, Ohio, the NAS recognizes a trend when it sees one.

On 3 May the academy announced that it was electing 72 new members.

Of the 72, 5 directly study autism, 2 work in autism-related areas, and another 12 are climate scientists. Both these fields have — as they say in the music business — ‘blown up’ in the past few years.

That’s not to say that the newly elected members don’t richly deserve the honor. The work of Arthur Beaudet, Michael Goldberg, Robert Malenka, Luis Parada and Stephen Warren has major implications for our understanding of autism.

None of these researchers began their careers with a primary interest in studying autism — Parada was a cancer researcher, for example, and Malenka’s main focus was addiction research — but as the field has grown and more funding has become available, they have turned their attention to this intractable problem.

Autism encompasses so many areas of study, ranging from complex genetics to neurobiology and key aspects of human behavior, such as empathy and social bonding. So it’s no wonder that autism exerts a kind of gravitational pull on the best minds in science.

Beaudet is exploring the role of genomic imprinting in autism and other disorders. Parada is developing mouse models of autism, in particular a mouse that lacks PTEN, a gene implicated in both autism and cancer.

Malenka works on synaptic plasticity — the ability of neurons to alter the strength of their connections — a process important in learning and memory, both of which are believed to be defective in autism. Warren studies the genetics of fragile X syndrome, the most common cause of autism, and is combing the X chromosome for mutations that may contribute to the disorder. Goldberg studies cognition in monkeys, honing in on brain regions involved in rapid shifts in gaze, called saccades, which are known to be disturbed in people with autism and their close relatives.

Huda Akil and Michael Gazzaniga may not work directly on autism, but their research could also have a bearing on the field.

Akil studies the neurobiology of emotions, an endeavor that is likely to shed light on the molecular underpinnings of the disorder. And Gazzaniga has long studied how the absence of connecting tissue — the corpus callosum — affects social cognition.

Lack of the corpus callosum has been linked to some features of autism, such as the inability to identify fearful faces.

Autism research has been immeasurably enriched by the intellectual firepower these individuals bring to the field. Like their counterparts in Cleveland, they are rock stars, minus the glitter and groupies.