Tools for autism screening must vary with language, culture 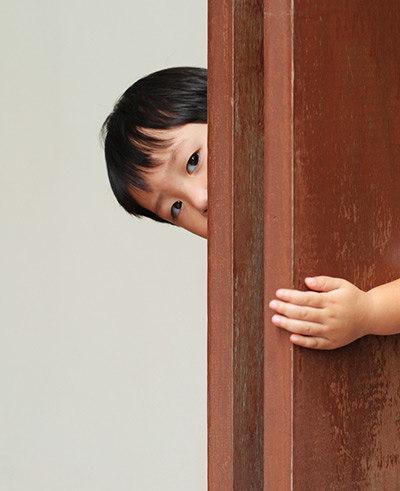 Cultural contrast: Parents in Japan may view certain autism traits as a sign that their child is modest or reserved, qualities prized in Japanese culture.

At its core, autism is the same disorder worldwide. And ideally, it should be possible to identify it consistently and accurately everywhere. But most screening methods for the disorder were developed in the U.K. and U.S., and linguistic and cultural differences can affect their performance elsewhere.

These differences can make a real difference to diagnosis: “Yes” answers that predict an autism diagnosis in the original screen may not do it so well in an adaptation.

For instance, when parents in the U.S. report that their children are not interested in their peers, it correlates strongly with autism. In Japan, where expectations from children are different, the same question does poorly at predicting autism. This may be because Japanese parents interpret their children’s reticence as shyness or modesty, qualities valued in their culture, and don’t consider it unusual behavior.

This is one of the many cultural differences reported in a review of autism screens published 9 July in Autism.The review analyzed 21 studies published since 2004 on the adaptation of autism screening questionnaires for other cultures. These questionnaires are given to children’s caregivers, clinicians or teachers to identify children who might benefit from further evaluation. In all, the review covers nine tests’ performance in 20 countries (counting Taiwan and China as separate countries) and 10 languages.

Of the 21 studies, 12 made various types of modifications to the screening questionnaires.Sometimes, they simply noted that caregivers around the world do not universally understand specific toys, nor do they necessarily have names for certain games. For instance, there is no single word for peekaboo in Mexico, so researchers translating a U.S.-developed screening questionnaire for toddlers had to first explain the game before asking parents if their children enjoy playing it.

Other changes relate to how people in different cultures categorize information.While adapting a test for China, for instance, researchers found that on questions to which U.S. caregivers were okay with giving “yes” and “no” answers, their Chinese counterparts were more comfortable selecting from answers such as “never,” “seldom,” “usually” and “often.”