There are no autism-specific genes, just brain genes 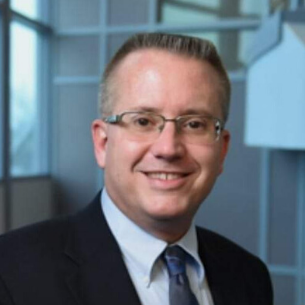 Scott Myers
Associate professor, Autism & Developmental Medicine Institute at Geisinger
Sign up for Spectrum’s newsletters
Thanks for subscribing!
The Experts:

It is well established that rare, damaging genetic variants with strong effects contribute to autism. Although individually rare, these variants are collectively common: Clinical genetic testing identifies them in at least 25 percent of autistic people. Studies of these variants have implicated more than 100 genes — and counting — in autism.

Identifying these genes is important — not only for clinical care, but also for advancing our understanding of the neural circuits and processes involved in autism or in its core traits. It creates the opportunity to develop therapies targeted to specific molecular diagnoses. And as we learn more about these genes and the consequences of variants that disrupt their function, we have the potential to better understand the mechanisms underlying cases of autism in which a definitive genetic diagnosis cannot yet be made.

But the genetic findings in people with autism are not unique; deleterious variants in the same genes are also implicated in other neurodevelopmental conditions, such as intellectual disability, epilepsy, attention deficit hyperactivity disorder and schizophrenia. Specific genes and variants do not map neatly onto categorical clinical diagnoses or the core cognitive and behavioral traits that define them. In fact, there is not yet a single example of a gene that, when mutated, increases the likelihood of autism but not of other neurodevelopmental conditions.

Several recent studies have sought to identify genes that are more strongly associated with autism than with other neurodevelopmental conditions. The desire to identify relatively autism-specific genes is understandable. This information could improve the accuracy of our clinical predictions and counseling. And from a research perspective, identifying relatively autism-specific genes might help to reveal the neural mechanisms of key aspects of social communication and interaction difficulties, restricted and repetitive behaviors, and atypical sensory responses and interests.

However, the current evidence does not establish meaningful specificity of any genes for autism. Similarly, there are no molecular pathways or neural pathways or networks that are known to be uniquely associated with autism when disrupted.

We recommend that researchers and clinicians avoid referring to genes as ‘autism genes.’ Based on current evidence, this is not a meaningful concept. And continuing to separate genes related to neurodevelopmental conditions into categories based on individual clinical diagnoses even though the genes and diagnoses overlap substantially has the potential to be misleading in both clinical care and research.

Two recent studies examined the relative specificity of autism-linked genes by comparing which of the genes are mutated — and how often — in two different groups of people: those who participated in autism studies and those who participated in studies of intellectual disability (although some people in each group had both conditions). One study showed that the two groups differed significantly on these measures, hinting at the possibility of meaningfully autism-specific genes, and the other did not. This approach, though convenient in terms of data availability, is limited because of likely differences in intelligence quotient distribution between the groups and potential bias introduced by unequal opportunity for each participant to receive each diagnosis.

It would also be premature to limit autism neurobiology research studies to a subset of genes and circuits based on data from the cohorts of convenience that have been used to determine relative specificity of the genes for autism. Advances in understanding of the mechanisms underlying autism are most likely to come from large studies that investigate a broader group of conditions resulting from developmental brain dysfunction and that strive for uniform phenotyping of all participants, including measurement of relevant, continuously distributed cognitive, motor and behavioral traits and biomarkers.

It is possible that future studies will identify genes for which large-effect rare variants are meaningfully autism-specific. Or, perhaps, demonstration of specificity at the gene level will have to wait for much larger studies with the power to evaluate rare variants that have more modest effects. It is also possible that specific traits relevant to autism are determined more by an individual’s ‘background polygenic risk,’ which is largely inherited and conferred by the collective impact of a large number of common variants of small individual effect size, or by other genetic and non-genetic sources of variation.

In any case, based on the current state of the evidence, it is too early to consider any genes to be meaningfully autism-specific or to limit clinical diagnostic testing to a particular panel of genes. Similarly, researchers should be wary of limiting cohorts for pathophysiological investigations based on presumed autism-specificity at the gene level.

David Ledbetter is chief clinical officer at Dascena in Oakland, California. Scott Myers is associate professor of pediatrics at the Autism & Developmental Medicine Institute at Geisinger in Lewisburg, Pennsylvania.