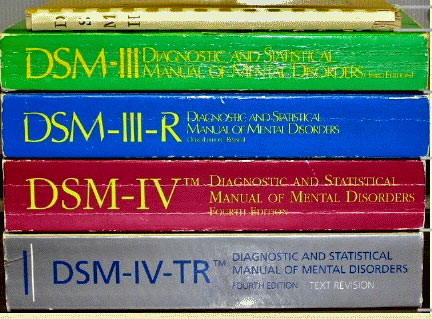 Yes, autism is defined by three core deficits — repetitive behavior, social problems and language difficulties. But to what degree these problems manifest themselves, and with which other symptoms thrown into the mix, can result in a very wide spectrum of disorders under the ‘autism’ label.

With such variability, diagnosing a child with autism is, at best, complicated.

In 1980, a diagnosis of autism entailed meeting all 6 citeria laid out by the American Psychiatric Association’s Diagnostic and Statistical Manual of Mental Disorders. In 2009, there are 16 criteria, and an individual has to match any 8 of them to be diagnosed with the disorder. I’ve argued before that this broadening definition may, at least in part, account for the so-called autism ‘epidemic’.

There’s a newer version of the manual, DSM-5, in progress, which may expand the definition even further, folding in Asperger syndrome — sometimes used interchangeably with high-functioning autism — and the milder pervasive developmental disorder not otherwise specified or PDD-NOS.

In many ways, this is a good thing.

As any psychiatrist can tell you, mental illnesses rarely fall into neat boxes. The new manual is a nod to this reality, diagnosing autism on a continuum, with room to include other aspects — anxiety, for instance, or attention deficit. This will make diagnosis, treatment, social services and broadly, social perception of the disorder, more realistic and relevant.

But that doesn’t mean the new system will go over well. Those with Asperger syndrome, especially, are likely to bristle at the suggestion that they be lumped under the same umbrella as lower-functioning individuals.

Where do you stand on this issue? Should autism encompass all these disorders? Or should we, in fact, be trying to be more specific, and classify each subtype as a distinct disorder?