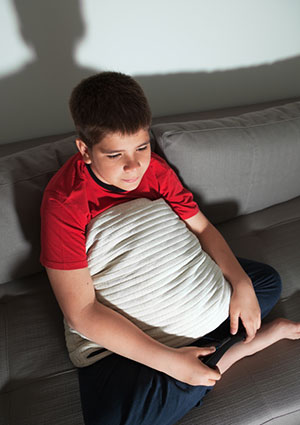 Countless studies have examined how computers and video games influence teenagers who spend hours each day parked in front of screens. Some studies have linked watching violent shows with more aggressive behavior, for example, and viewing educational programs with better grades.

However, there is little information on how screen time affects the behavior of teenagers with autism. A new study, published 18 October in Autism, found that adolescents with autism have a penchant for cartoons and first-person shooter video games, but at least for some of them, screen time may translate to a useful social tool.

Too much media use may affect the amount of sleep teenagers get each night, however. Another study, published 18 November in Pediatrics, reports that boys with autism who have a television or computer in their bedroom get less sleep than other boys who have the same technology access.

The first study surveyed 91 teenagers with autism, aged 12 to 18, and found that each day during the summer, they spend about five hours at a computer and two hours watching television. Other research has shown that adolescents with autism are twice as likely to spend their free time watching television as their typical peers are.

On television, the teenagers report watching cartoons, such as ‘SpongeBob SquarePants,’ and comedy shows more frequently than documentaries, dramas and sports. Many of the cartoons target younger children and may be easier to understand than shows with more emotional complexity, the researchers suggest.

Those who watch television with their families report more positive relationships with their parents, perhaps because this helps the parents understand and communicate with their children better.

Interestingly, teenagers with severe symptoms tend to watch the news, according to the survey. This may be because the news tends to have straightforward delivery, with few emotional nuances, or because these are the shows that their parents prefer.

In their computer use, teenagers with autism are much like their typical peers: Boys play more video games than girls, and more girls than boys visit shopping websites.

About 20 percent of the teenagers with autism use their computers to participate in a social network. These teenagers tend to report stronger friendships than those who don’t use computers for social outreach.

Interactions on social networks may help adolescents with autism apply their social skills in real-world situations, the researchers suggest. However, they caution that many of the participants are higher-functioning individuals from upper-class families, and the results may not apply to other groups.

Despite these benefits of media use, however, the disruption of sleep spells a note of caution to teenagers who already struggle with sleep. The Pediatrics study of media use’s impact on sleep is based on a parent survey, this time of 49 boys with autism, 38 with attention deficit hyperactivity disorder and 41 controls, all 8 to 17 years of age.

According to the survey, boys who have access to computers, televisions or video games in their bedrooms sleep less than their peers who do not. Boys with autism are even more susceptible, and show disruptions in their sleep even compared with boys from the other groups who also have these things in their bedrooms. What’s more, the more video games those in the autism group play, the less sleep they get.

Not getting enough sleep exacerbates repetitive, inattentive and hyperactive behaviors in children with autism, the researchers say, so parents should consider restricting their media use.