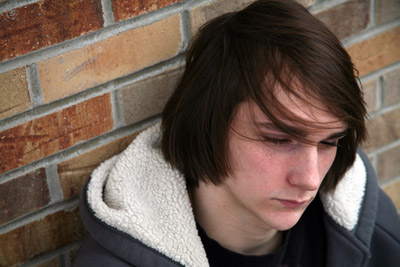 After accidents and homicide, suicide is the third leading cause of death among American teenagers. Unfortunately, children with autism are even more susceptible to this trend of self-harm. A new study shows that they are 28 times more likely to plan or attempt suicide than their typical peers are.

The study, published in the January issue of Research in Autism Spectrum Disorders, is the largest to date to examine the risk factors for suicide among children with autism.

The survey asked about their children’s behavioral problems, bullying and depression, and whether the children had talked about harming or killing themselves or had ever attempted suicide.

It’s not clear whether the discrepancies in age range or the varying sizes of the different groups affected the results.

Four demographic factors also seem to play a major role: Being male, age 10 or older, being black or Hispanic, or belonging to a low socioeconomic class all increase the odds of talking about or attempting suicide, according to the study. Boys are more likely to plan suicide, but girls and boys are equally likely to attempt it.

The researchers found that bullying is also a major risk factor — almost 60 percent of the group with autism had experienced teasing and bullying, and those who had were three times more likely to contemplate or attempt suicide than those who had not.

Children taking psychotropic medications also talk more about planning or committing suicide than those not taking medications. (However, those children might have been prescribed drugs for precisely this reason.) Other risk factors include behavioral problems, impulsivity, aggression and mood disorders.

Interestingly, there is no significant association between suicide risk and intelligence scores or severity of autism. Psychotic features, abnormal eating patterns, excessive sleep, hyperactivity, lethargy and attention deficit also appear to be unrelated to suicide risk.

The findings suggest that it’s important to treat depression in children with autism and to develop therapy and suicide prevention techniques targeted to this group.