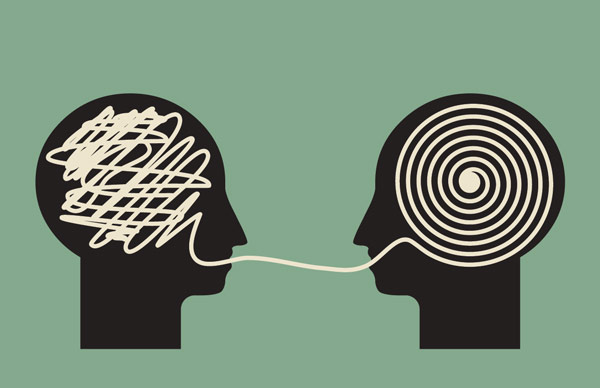 Many children with fragile X syndrome have poor social skills and show repetitive behaviors, such as hand flapping. As a result, nearly one-third of them are diagnosed with autism.

Because of this overlap in symptoms, some researchers see developing drugs for fragile X syndrome as a relatively straightforward path to autism medications. Fragile X syndrome has a single known genetic cause, theoretically making it easier to develop targeted treatments.

But we should know by now that nothing in autism is straightforward. A new study fuels growing doubt that ‘autism’ diagnoses attached to cases of fragile X syndrome are accurate.

Last year, I wrote about researchers who are uncovering subtle but significant differences between the disorders. Leonard Abbeduto, director of the MIND Institute at the University of California, Davis, reported, for example, that among boys with the same intelligence quotient (IQ), those with fragile X syndrome are more likely to engage others than are boys with autism.

In follow-up work published in April in the Journal of Autism and Developmental Disorders, Abbeduto and his team have found that IQ, age and language ability each influence autism traits in fragile X syndrome.

The findings further support the theory that social deficits and repetitive behaviors in boys with fragile X syndrome may be a byproduct of their cognitive difficulties rather than arising independently as they do in autism.

Abedduto’s team looked at 39 boys with autism and 53 boys with fragile X syndrome, including 41 who met the diagnostic criteria for autism. The boys ranged in age from 4 to 11 years.

The researchers measured the severity of the boys’ social and repetitive behaviors using the Autism Diagnostic Observation Schedule – Calibrated Severity Score (ADOS-CSS), which is designed to gauge behavioral symptoms independent of age and intelligence. That is, children whose social deficits are similar would have the same score on this test, regardless of their age or IQ.

This scoring consistency holds true for boys with autism, the researchers found. But among boys with fragile X syndrome, those with lower IQs tend to have more severe social deficits, suggesting that their intelligence influences their social skills.

Boys with fragile X syndrome who have large vocabularies also tend to have fewer repetitive behaviors than those with poorer language skills. So the frequency of these behaviors also seems to depend on their cognitive ability.

When I spoke to Abbeduto a year ago, he said that early in his career he wasn’t convinced these differences were important. But experience has changed his mind.

“I started off thinking that it didn’t really matter: If kids with fragile X syndrome met diagnostic criteria for autism, it was autism and that was the end of the story,” Abbeduto told me then. “I’ve come to appreciate that that’s not a fruitful approach; they are not exactly the same thing and I think that’s really important for treatments.”