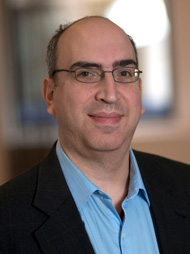 Earlier this year, I wrote about a compelling mouse model of autism driven by mutation of the gene TBR1. A study published 18 September in Nature Communications reveals new information about the functional impact of TBR1 mutations in people and, intriguingly, ties it to a well-studied protein involved in language development1.

Spontaneous, or de novo, mutations in TBR1 have been reported in a small number of individuals with autism2. What is unknown, however, is the impact of these mutations on the function of the TBR1 protein, and whether the kind of mutation tracks with the severity of the disorder. In fact, these sorts of analyses have rarely been done to follow up on genetic findings in autism.

In the new study, the researchers examined the effects of eight different TBR1 mutations — four de novo and four inherited. Of the de novo mutations, two were predicted to be more severe because they result in a truncation of the protein. The other two de novo mutations, as well as the four inherited ones, are all ‘missense’ mutations, which change a single amino acid, and were expected to have a modest impact.

To test these assumptions, the researchers set up a suite of assays based on the known cellular and molecular roles of TBR1. Because TBR1 is a transcription factor — a protein that controls the expression of other genes — they asked whether the mutations affect its normal location in the nucleus or its ability to regulate gene expression.

The results are clear, and almost perfectly in line with expectations. De novo truncating mutations in TBR1 disrupt its cellular localization, transcriptional activity and ability to bind to CASK, a known binding partner. The two de novo missense mutations partially compromise localization and binding to CASK, but don’t affect transcriptional activity. The four inherited mutations do not affect any of these functions.

Perhaps the most intriguing result in the paper is the confirmation and analysis of a previously suggested direct interaction between TBR1 and FOXP2. The latter is a gene that is famously mutated in a family with a severe speech and language disorder3, 4. All four of the de novo mutations in TBR1 abolish its interaction with FOXP2. What’s more, the mutation reported in the family blocks FOXP2 from binding to TBR1, suggesting a molecular link between autism and disorders that are specific to language development.

The new study imparts a few notable lessons. First, the data suggest that de novo truncating mutations will indeed have the kind of strong functional effects that are predicted by their infrequent occurrence in healthy individuals. Although the functional effects of de novo missense mutations are relatively modest when compared with those of the truncating forms, they are still significant and need to be accounted for.

As the researchers point out, the ‘one-variant-at-a-time’ approach to characterizing these missense mutations will not be adequate to the scale of the datasets emerging from exome- and genome-sequencing studies. Assays that can be done in a high-throughput manner are clearly the way forward.

Finally, everything reported in this paper underscores the potential importance of TBR1 in understanding autism risk. Its link to FOXP2-associated language disorders, and its interactions with potential autism risk genes such as CASK, GRIN2B, AUTS2 and others5, all suggest that it’s worthy of more study. This should include the mutant mouse as well as other model organisms, such as rats and zebrafish, in which TBR1 expression and function can be manipulated.