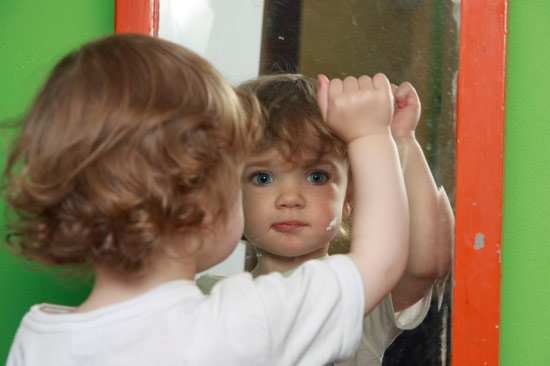 Self-satisfied, self-absorbed, egocentric. I was disturbed to find these adjectives being used to describe a child with autism in Leo Kanner’s groundbreaking paper, published in 1943. Kanner surmised that because children with autism show little interest in other people, they must be overly concerned with themselves.

In fact, individuals with autism struggle with their sense of self, according to a review published in January in Neurocase.

Adults with autism are less likely to remember autobiographical details about their childhood compared with typical controls, according to a 2009 study summarized in the review.

Biologically, this could be the result of less activity in the brain’s default network — connections that are active when people are at rest, and believed to be involved in daydreaming and self-reflection. Individuals with autism show weaker connections between regions of the default network.

In another study, people with autism show less activity in one of these regions, the ventromedial prefrontal cortex, when replying ‘true’ or ‘false’ to statements about both themselves and others. They also show fewer connections between this region and others in the default network.

By contrast, they are able to grasp the concept of their physical selves, and have no problem recognizing their own faces or describing their involvement in various activities. Still, some studies have suggested that children with autism are older than typically developing controls before they are able to recognize themselves in mirrors.

Studies have shown that people with autism are just as interested in objects as they are in people. These and other findings suggest that people with autism have a unique way of viewing the world — and themselves — that doesn’t fit neatly into the usual labels. As we understand more about this worldview, I hope judgments like those made by Kanner will become a rarity.