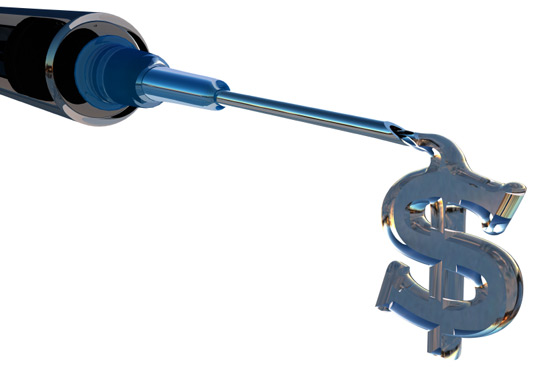 Last year, the two primary government agencies that fund scientific research — the National Institutes of Health and the National Science Foundation — invested more than $47 billion in promising projects. Given our sinking economy, taxpayers should reasonably ask: What’s the return on that investment?

The government last week announced a $1 million multi-agency initiative for evaluating how many new ideas, jobs and medical advances that money has generated. The scheme is called STAR METRICS, or rather less catchily, Science and Technology for America’s Reinvestment: Measuring the Effect of Research on Innovation, Competitiveness and Science.

Most universities and government agencies rely on some kind of metrics to make funding decisions, but those methods leave much to be desired. The widely used Hirsch index, for example, tallies the number of times a researcher’s work has been cited in other scientific papers. This tends to favor older researchers, and does not factor in the quality of the research. It also gives no indication of how the work affects the world outside academia.

“All of this data already existed, it’s just reusing them in another fashion,” notes Julia Lane, program director of the Science of Science and Innovation Policy program at the National Science Foundation. Most of the data comes from the scientist actually doing the work, she says, rather than from institutional bureaucracy. “It’s very bottom-up, rather than top-down.”

Two weeks ago, the agencies agreed to make the system available to any federally funded institution that chooses to participate. So far, 60 universities have signed on.

After the happy feast of last year’s stimulus package — which gave $60 million to autism research alone — many scientists have glumly speculated that we’re headed for a famine. Although they tend to be skeptical about the value of simple evaluations for their complicated jobs, they should remember that these objective metrics of progress could help convince lawmakers that scientific investments pay big dividends.