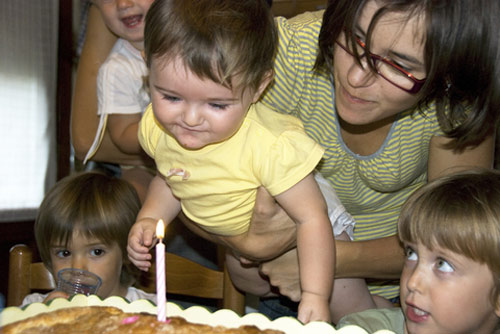 Memory is a notoriously unreliable guide, and this is especially true when strong emotions are involved. So it’s not surprising that parents of children with autism tend to recall the exact onset of their child’s symptoms with something less than accuracy.

A new study shows that just under half of parents failed to report a sharp decline in communication and social skills in their babies between 6 and 24 months of age — though the signs of this shift are evident on home videos taken during that time.

The 52 children with autism in the study were between 23 and 59 months old when researchers interviewed their parents and watched each family’s complete home video collection. A group of 23 typically developing children, aged 12 to 42 months at the time of the study, served as controls.

Not only does the study show poor correspondence between parent reports and home video, but it also reveals three distinct patterns of onset for autism — early onset, regression and plateau — rather than just the first two usually described. And contrary to earlier reports, children in the regression group don’t have significantly more or more severe symptoms at age 3.

At one end of the spectrum, some children lose their interest in social stimulation very early, before 6 months of age. Compared to typically developing children, these early onset children fall behind early and lag even more in development over time.

At the other end comes the regression group, in which children dramatically lose skills. Strikingly, the researchers found that these children smile more, make more eye contact and communicate better than typically developing kids prior their first birthday. This period of accelerated development is followed by rapid losses between their first and second birthdays.

A third group of children develops normally throughout the first year of life. But soon afterwards, their social and communication development plateau without any frank loss of skills. This is the most rare pattern, including only 23 percent of children in the study — 12 out of 52 — compared with 38 percent each in the other two categories.

Parents may have difficulty recalling earlier periods of their child’s development accurately when they are distraught over the child’s present symptoms, the researchers point out. This confusion over when the child began to show signs of autism may have led to the mistaken belief that children with regressive autism become more disabled than those with early onset autism.

Home videos, baby books and other family archives may help parents more accurately recall just when the first signs of autism appeared in their children. Memory alone won’t do the trick.