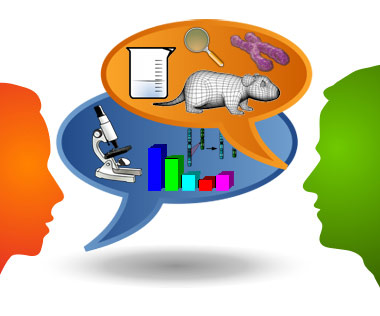 When I’m writing an article about a topic I’m unfamiliar with, I occasionally post questions on Facebook, querying my network of neuroscientist friends. Sometimes they help, but more often they don’t. (Sorry, guys.)

I’d probably have more luck reaching out to a group more densely populated with neuroscientists eager to discuss the biggest breakthroughs and debates in their field. Fortunately, a growing number of online communities are aimed at scientists, including an autism-specific forum right here on SFARI.org.

Unlike Facebook or LinkedIn, these sites are about more than schmoozing or sharing a laugh. Advocates of social networks for scientists hope that helping scientists connect, share information and solve problems together will actually speed up the pace of discovery.

While scientists are notoriously shy about discussing their research online, a few sites are having success.

For example, ResearchGate, a startup founded by a former Harvard University researcher and based in Berlin, allows scientists to create profiles, join different groups, share papers, and pose and answer questions.

Launched in 2008, the site now has more than a million members.

The ResearchGate community made 1,620,849 connections, answered 12,342 questions and shared 842,179 publications in 2011, according to an article published last week in The New York Times.

The Times also reported that:

Greg Phelan, chairman of the chemistry department at the State University of New York, Cortland, used it to find new collaborators, get expert advice and read journal articles not available through his small university. Now he spends up to two hours a day, five days a week, on the site.

Its founder, Ijad Madisch, has lofty goals for the site. Last year, he told National Public Radio that he aims to win the Nobel Prize for changing the pace of science.

SFARI.org’s own forum joined the fray in August as a sort of virtual conference room where members of the autism research community can informally discuss their work. The idea is to make it easy to talk about recent papers, share resources or protocols, and continue discussions started at SFARI workshops.

The forum is open only to SFARI.org members, who are all bona fide scientists. Active discussions include biomarkers for autism, the best mouse models to study the disorder and early brain patterning.

Whether these sites will truly speed up the pace of research will be hard to gauge. But maybe the members of ResearchGate can start a discussion about the best way to assess that.