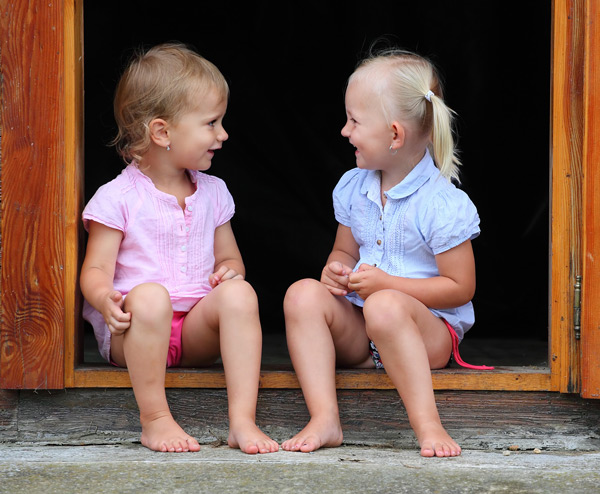 The two syndromes have several symptoms in common. In fact, some researchers dispute the distinction, arguing that children with social communication disorder meet the criteria for either autism or another language disorder. This makes the findings of a new study particularly provocative.

The study, published 15 October in the Journal of Child Psychology and Psychiatry, found that younger siblings of children with autism tend to have impairments in pragmatic language, a form of social discourse. This means these ‘baby sibs,’ who have a 20-fold increased risk of developing autism, are also at risk for social communication disorder.

The researchers probed pragmatic language ability in 188 baby sibs without an autism diagnosis and 119 controls at 36 months. They used a questionnaire that asks parents to comment on their child’s social language skills, such as their ability to ask for help or tell stories.

Baby sibs with pragmatic language impairment score higher on the Autism Diagnostic Observation Schedule, which measures autism symptoms, than those with normal language. They’re also more likely to be identified as having ‘atypical’ development — a category that includes the broader autism phenotype and attention deficit hyperactivity disorder.

On the other hand, clinicians rated 23 percent of the baby sibs with pragmatic language impairment as ‘typically developing.’ This suggests that problems with social language, which is critical for forming relationships, can easily go unnoticed. This is important, as previous studies have linked social language deficits to behavior problems and difficulties with peer interactions.

Taken together, the findings suggest that pragmatic language impairment can occur independently from autism. It’s possible that children with this impairment meet the criteria for social communication disorder. The latter made its debut in the DSM-5, the latest edition of the Diagnostic and Statistical Manual of Mental Disorders.

To be diagnosed with the disorder, a child must have difficulties in four areas: using communication for social purposes, changing communication to fit the needs of the listener, following rules of conversation and understanding nonliteral language. The criteria also require that the child not have the restricted and repetitive behaviors seen in autism.

Although none of the baby sibs in the study had a diagnosis of social communication disorder, it’s possible that they were too young at 36 months to meet all four criteria.

The study also supports the idea that certain autism traits are inherited independently from others. In this case, social language problems appear to run in families, whereas the restricted and repetitive behaviors seen in autism may occur in only one child.