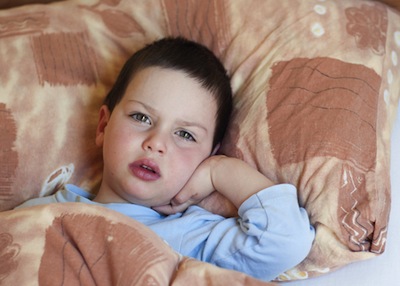 One in two children with autism don’t get a full night’s sleep: They go to bed later, wake up earlier and have less restful sleep than other children their age, reports a study published 23 September in the Archives of Disease in Childhood.

The researchers mined data from the U.K.’s Avon Longitudinal Study of Parents and Children, following a group of 39 children with autism and 7,043 controls. Over an 11-year period, parents of these children responded to a total of eight surveys, answering questions about their children’s sleep and awake times to the nearest minute.

Interestingly, sleep differences between the groups do not appear until the second year of life, when the children with autism begin sleeping an average of 17 minutes less each night than the controls. By age 6, the autism group sleeps a substantial 43 minutes less per night, but the gap decreases to 20 minutes by the time the children turn 11.

Later bedtimes and earlier waking times account for some of the lost sleep, but at age 2, nearly 15 percent of the autism group also wakes up three or more times a night, compared with 5 percent of controls.

Although many factors influence sleep duration, getting good scores in reading, writing and mathematics does not appear to be one of them: Children with high and low scores sleep equally well.

Boys are more likely to have troubled sleep than girls are. Also, even among controls, children who have social problems, such as difficulty interacting with others, sleep less than other children. However, these differences aren’t as pronounced as the deficit in the autism group.

Sleeping less each day may lead to problems with brain development, intellectual capabilities and behavior, but the researchers are unsure whether the measured differences in children with autism contribute to their symptoms.

Until sleep disorders are better understood, trials point to melatonin, a naturally occurring hormone that triggers sleep, cognitive behavioral therapy or both as effective tools to help children with autism fall and stay asleep.