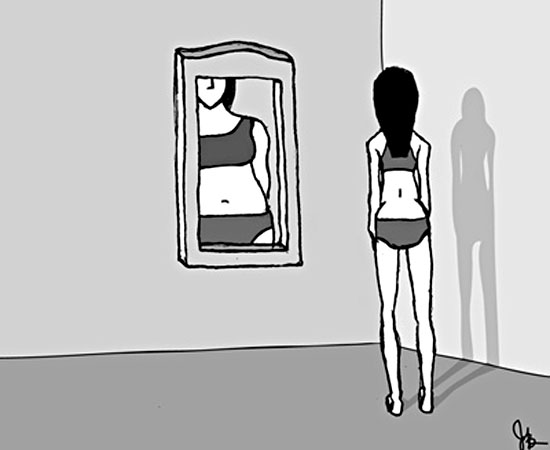 The deluge of genetic and brain-imaging research over the past couple of years has tied autism to many other brain diseases — epilepsy, schizophrenia, and attention-deficit hyperactivity disorder, just to name a few.

A behavioral study published earlier this month suggests a curious addition to the list: anorexia nervosa.

At first, I was quite skeptical of the idea that anorexia — the eating disorder driven by the fear of gaining weight — and autism share genetic or cognitive roots. Anorexia overwhelmingly affects girls; autism, boys. Anorexia crops up after adolescence; autism, within the first few years. People with anorexia seemingly put much stock in what other people think of them — exhibiting the so-called theory of mind that people with autism typically don’t.

But, as the study’s authors point out, the two disorders actually have a lot in common, including high anxiety, obsessions with a singular interest, and resistance to change.

To find out more about social understanding in anorexia, the researchers gave 20 women with the disorder the ‘Reading the Mind in the Eyes‘ task. Test-takers see a photo of a person’s eyes and must choose the appropriate emotional adjective to describe what the person is thinking. Like people with autism, this group of anorexic women scored poorly on the test.

Time quoted several autism experts who say that the same genetic predisposition could lead to autism in boys and anorexia in girls.

The provocative idea seems incredibly premature, not least because genetic studies have not yet shown that connection. Plus, it’s impossible to know whether the anorexic women’s social deficits are due to an underlying defect in brain circuitry, or the unsurprising consequence of their brains not being fed.