Skill lag and loss common in children with autism 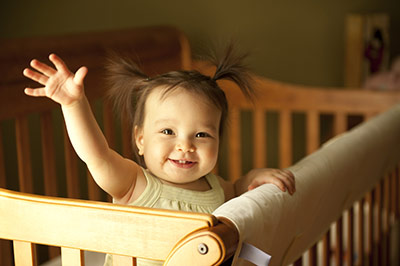 There are numerous reports of children with autism learning how to do something, such as wave goodbye, and then losing that skill abruptly weeks or months later. But there is little information about the exact age at which a new skill develops or disappears.

That may be because children with the disorder lose skills in no particular order, according to a study published 25 November in Development and Psychopathology.

The study asked parents of 244 children to recall whether and at what age their children gained or lost 15 interactive skills, including saying their first words and playing peek-a-boo.

Children with autism or autism-like traits are more likely than controls to have delays in skill development and tend to lose at least one skill as they go from infancy through early childhood, reports the study. Consequently, skill acquisition and loss in these children may best be viewed as a continuous process that begins with developmental delays and ends with disappearing skills, the researchers say.

The researchers looked at 125 children with autism, 42 with pervasive developmental disorder-not otherwise specified (now part of the autism diagnosis), 46 with developmental delays and 31 controls. They regarded a skill as lost if a child used it for at least a month before it vanished.

The autism group also lost more skills. About 60 percent of the children with autism lost at least one skill, compared with 24 percent of the developmentally disabled group. Only one of the controls lost a skill — the use of words, the child’s parent reported.

The skill that children with autism lose most frequently is eye contact, followed by pointing to express an interest and waving goodbye. This regression typically happens between 9 months and 3 years of age, with 60 percent regressing by 18 months.

The number and type of skills gained and lost are all over the map: One child with autism gained and lost all 15 skills, whereas others learned several skills and lost only a few. This suggests that the gain and loss of skills occur independently.