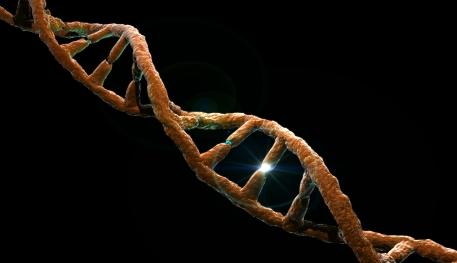 People with schizophrenia have a much higher frequency of duplications and deletions in their DNA, two independent teams of researchers are reporting today. The teams have both found that schizophrenia is associated with genetic changes in regions of chromosomes 1, 15 and 22.

This isnʼt entirely surprising ― several other teams have reported in the past two years that schizophrenia, like autism, seems to be the result of rare copy number variations (CNVs), in which a chunk of DNA is deleted or duplicated.

But because those CNVs are so rare ― some of them only appearing in a single individual ― those studies havenʼt had the statistical power to be entirely convincing.

The new studies, which appear online today on Nature, are relatively massive and turn the signal-to-noise ratio way up.

One set of researchers, from the International Schizophrenia Consortium, scanned the genomes of 3,391 people with schizophrenia and 3,181 controls. The team found that, overall, those with schizophrenia are 1.15 times more likely to carry CNVs compared with controls. The effect is stronger when the researchers looked at CNVs that contain genes (1.41-fold higher) and even more with the rarest CNVs that occur only once (1.45-fold higher).

The second is from the SGENE consortium, which includes Icelandʼs famous deCODE Genetics and 17 other institutions across Europe, the United States and China. That team identified de novo CNVs ― those that are only in the offspring, but not in the parents ― by analyzing the DNA from 15,000 parents and children. They then tested the 66 CNVs they found using this method in 1,433 people with schizophrenia and 33,250 controls.

Both teams linked schizophrenia to large deletions on chromosome 15q13.3 and 1q21.1, neither of which has been previously reported. They also confirmed that a previously identified deletion on chromosome 22 is associated with the disease. The fact that two independent teams, using two different approaches, implicated the same regions gives these findings serious credibility.

Interestingly, a deletion in one of these regions, 1q21.1, has been found before in two individuals with autism―more evidence that autism and schizophrenia are closely linked.