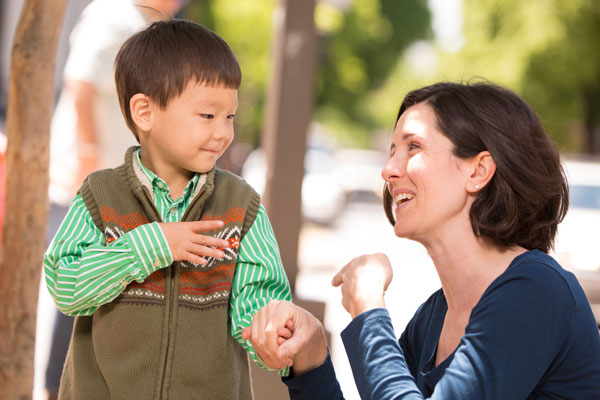 In his pioneering 1943 paper on autism, child psychiatrist Leo Kanner described a young boy who said of himself, after he stumbled and nearly fell, “You did not fall down.” Ever since this vivid account, researchers have been perplexed by the frequent misuse of personal pronouns such as ‘me’ and ‘you’ by children with autism.

Some experts theorize that children with autism swap the pronouns because they are simply mimicking what others say, with little regard for the words’ meanings. Others have suggested that these mix-ups occur because the children become confused in a conversation as the speakers switch.

Most children with autism outgrow these pronoun peculiarities by their teenage years, but they still tend to avoid using pronouns, instead identifying themselves and others by name. This may be because they have a detached, third-person view of themselves and others — which may arise from a fuzzy sense of the self.

A new study supports the idea that a blurred distinction between oneself and others, rather than mimicry or a basic linguistic misunderstanding, lies at the root of the pronoun misuse.

In the study, published 3 February in the Journal of Autism and Developmental Disorders, researchers examined pronoun patterns among 15 children with autism and 18 controls, aged 5 to 14 years, all but one of whom are deaf. The one hearing child, who has autism, has deaf parents and is fluent in sign language.

Unlike the spoken words ‘me’ and ‘you,’ the signs for these pronouns require the signer to gesture toward the person he is referring to, resolving any questions about simple language misuse or mimicry of pronouns.

The proportion of deaf children with autism who used their own name to refer to themselves is similar to that reported in two studies of hearing children with autism. This suggests that the pronoun difficulty in autism is not primarily an inability to comprehend the words.

Instead, the researchers say, the misuse or avoidance of personal pronouns stems from an inability to distinguish between oneself and others — a fundamental confusion in the children’s sense of ‘self.’