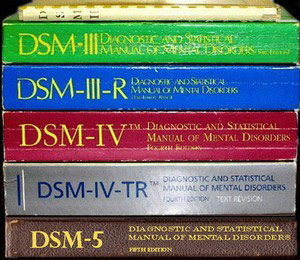 The proposed changes to the diagnostic criteria for autism, as outlined in the DSM-5, the forthcoming edition of the Diagnostic and Statistical Manual of Mental Disorders, have engendered serious controversy. Much of the debate centers on the proposal to bring several currently different diagnoses, including Asperger syndrome and pervasive developmental disorder-not otherwise specified (PDD-NOS), under the single heading of autism.

One persistent concern is how the changes might affect access to services for people with the disorder. For example, critics of the DSM-5 say they worry the new criteria will push some people off the spectrum, making it more difficult for them to gain access to special-education services and other support.

The Autistic Self Advocacy Network (ASAN), a national community organization run for and by adults on the autism spectrum, released a report in early June on how the new criteria will influence eligibility for special education, Social Security and other programs.

The verdict: Although there are some areas for concern, the changes are mostly good.

For example, some states specifically exclude people with Asperger syndrome or PDD-NOS from mandated services, a distinction that can no longer be made under the DSM-5. So these people may benefit from the changes.

However, the report also suggests that if some people, particularly those diagnosed as having PDD-NOS, do not meet diagnostic criteria for autism, they will lose their access to services.

Two studies presented at an autism conference in May support this notion. However, preliminary results from field trials of the DSM-5, which the committee overseeing the changes presented at the conference, found that few people would be excluded.

One possibility ASAN proposes is to include social communication disorder within autism, calling it ASD–Social Communication subtype or something similar. That way, laws that explicitly mention autism would still apply to this group.

If indeed a significant number of people diagnosed with PDD-NOS move to a diagnosis of social communication disorder, are they impaired enough to require legally mandated services? That’s a question that should be answerable empirically.

At least one clinician who works with this group says the answer is yes. “In our experience, people with a PDD-NOS diagnosis often miss out on a full diagnosis due to a lack of restrictive and repetitive behaviors,” William Mandy, lecturer in clinical health psychology at University College London, told me at the conference in May. “But I think a lot of them have profound communication difficulties on a level with autism.”