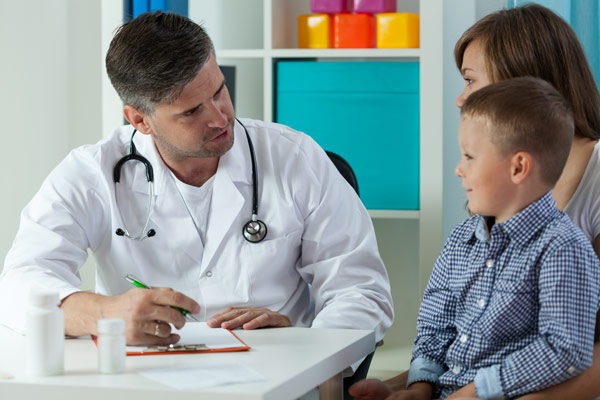 Getting to a diagnosis of autism or another neurodevelopmental disorder is a long and frustrating experience for some families — especially when it comes to finding the underlying genetic cause. Parents and researchers sometimes refer to this process as a ‘diagnostic odyssey,’ marked by shoals of misdiagnosis and eddies of ambiguous symptoms.

A close look at the genome or its protein-coding pieces, called exomes, could shorten this journey. In autism, this approach may also help to make sense of a child’s pattern of symptoms and give parents access to a community of similarly affected families. It may even guide the most rational course of treatment.

The researchers recruited 85 of the families from outpatient clinics and 15 families who had children in neonatal or pediatric intensive care units; 10 of these families have at least one child with autism.

They sequenced the exomes of the parents and affected children from the outpatient clinics. If those sequences didn’t bear fruit, they turned to sequencing the entire genomes. In the case of families with children in intensive care, researchers automatically performed rapid whole-genome sequencing — more labor-intensive and costly than sequencing exomes, but necessary because the children were so ill.

Sequencing revealed the genes responsible for the children’s conditions in 34 of the 85 outpatient families and 11 of the 15 families with children in intensive care. Those numbers are particularly striking because the children had already undergone multiple tests, such as brain imaging, biopsies and metabolic studies, which failed to find the cause of their condition.

On average, families recruited from outpatient clinics had previously undergone more than 13 tests costing $19,100 over six years or more. By contrast, successful sequencing pinpointed a cause in just under a year.

The inpatient families’ costs ran to $9,950 on average. Many of the children in this group were younger than those in the outpatient families, so their diagnostic odysseys were shorter. Still, rapid whole-exome sequencing was able to give them an answer in an average of 43 days and as few as 6.

That kind of speed can be crucial: The earlier some treatments begin, the more likely they are to be successful.

In half of the families who received a molecular diagnosis, pinpointing the faulty gene hinted at new interventions or provided a better understanding of the biochemical pathways responsible.

For example, two brothers in the study who had seizures, intellectual disability and puzzling arrays of other symptoms (one had an abnormally low number of platelets in the blood and the other had thyroid problems) turned out to carry a rare mutation in MeCP2 — the gene responsible for the autism-linked disorder Rett syndrome. The disorder affects girls almost exclusively, so the boys’ doctors hadn’t expected this gene to be involved.

Translating these genetic insights into better health and everyday functioning for children with neurodevelopmental disorders is still difficult. One participant, a 10-year-old boy with autism, seizures and difficulty walking, was found to have an unusual mutation in the gene PIGA. Doctors gave the boy a seizure drug known to help individuals with defects in related genes, but it didn’t help.

It’s easy to understand how after six years of specialist visits and fruitless tests, simply naming the gene responsible would provide a measure of relief. But even as genetic sequencing becomes the norm, it does not provide the answers families seek.

These families rightly turn their attention to what that knowledge means for treatment, but right now that information simply doesn’t exist. In that sense, autism researchers have an odyssey of their own ahead.