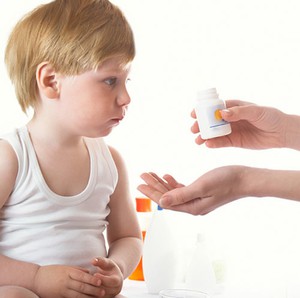 From snake oil salesmen on soapboxes to miracle diets touted on late night television, there is always someone with a ‘guaranteed’ cure for whatever ails you. Parents of children with autism also have to contend with myriad promises in the form of untested, unconventional, expensive and frequently dangerous treatments.

Parents decide how to treat their children based on what they believe caused their autism, according to a French study published in the latest issue of Research in Developmental Disabilities.

This suggests that more education about autism could help parents make better choices.

The finding isn’t surprising, but it does suggest that scientists and doctors can have a positive impact on the lives of the children they study if they take the time and effort to teach people about autism.

And there is clearly a need for better information. For example, although France’s healthcare program makes behavioral programs available to everyone, one-third of the parents of 78 children with autism interviewed for the study are not taking advantage of them.

It is reassuring that most parents strongly reject the notion that poor parenting or traumatic experiences during early childhood are to blame for their child’s disorder. They are less sure whether complications during pregnancy and food allergies could be responsible, however.

Those who believe these explanations are more likely to pursue alternative treatments and less likely to use behavioral therapy, the study found.

Not all alternative treatments are harmful, but these parents are not doing their children any favors by rejecting behavioral therapy, which is arguably the only effective known treatment for autism.

The promising news is that because parents tend to follow their understanding of what causes autism with what they consider to be appropriate treatments, education could steer them in the right direction. Maybe it’s not a bad idea for scientists and doctors to climb onto their own soapboxes, drowning out the snake oil salesmen.