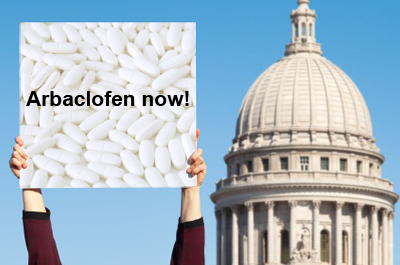 Following the suspension in early May of two clinical trials of arbaclofen, a candidate drug for treating autism and fragile X syndrome, parents are appealing to the U.S. government and several pharmaceutical companies to continue testing the drug.

One petition, on the government website We the People, has so far amassed 600 signatures of the 100,000 required for the government to respond. The other, at change.org, an online platform for raising awareness of various causes, has been somewhat more successful, with 4,000 signatures to date.

Seaside canceled the two long-term trials for autism and fragile X after the results from one of their clinical trials turned out to be disappointing. In May, Seaside announced that its largest arbaclofen trial in people with autism had shown that the drug did not, as had been hoped, reduce social withdrawal more than placebo did.

“At this point, unfortunately, we had to halt the studies because of resource limitations,” says Paul Wang, vice president of clinical development at Seaside Therapeutics. “But we are hopeful we will continue to move this forward.”

Meanwhile, Roche plans to continue research into RG7314 and RG7090, two compounds that its researchers are testing for autism and fragile X treatment, respectively.

Seaside has worked on arbaclofen for several years. The drug is designed to stimulate the receptors of GABA-B, a neurotransmitter that inhibits nerve cells. Studies suggest that people with autism have an excitatory and inhibitory imbalance.

A 2012 trial conducted by Seaside showed that arbaclofen reduces social impairment in people with fragile X. But the trial did not meet its goal of reducing irritability, which Roche says was also a factor in the decision to pull funding.

Interestingly, some participants with autism showed significant improvements on tests of daily functioning and communication. Parents petitioning for the drug also report these improvements in their children.

“That is what we have found very promising,” says Wang. But, because the trial didn’t set out to test these measures, he says, the company needs to redo the study — provided they find the money.