Searching for psychiatrists with expertise in autism 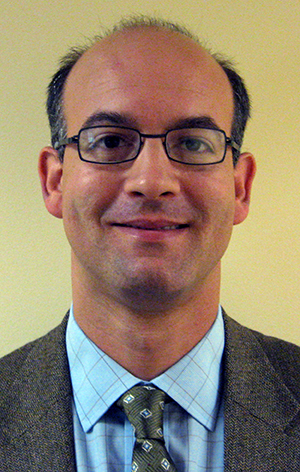 Mental illness can take an enormous toll on anyone. But when disorders such as depression or anxiety occur in people with autism, doctors often fail to recognize them. The fallout from this can be devastating.

Last month, a mother told me the story of her adolescent son with high-functioning autism. After graduating from high school, the boy suddenly stopped talking and his appetite plummeted. A year’s worth of doctor’s visits and hospitalizations yielded no improvement. Eventually, the mother found a child psychiatrist with expertise in autism. This doctor quickly diagnosed her son with catatonic depression and prescribed treatment that restored his speech overnight and brought him back to health within a few months.

This mother’s story underscores the tremendous need for psychiatrists who are trained to care for individuals with autism. There are vanishingly few of these professionals.

A study published earlier this year suggests most child psychiatrists are exposed to fewer than ten children with autism or intellectual disability during their two years of training. This is particularly concerning given that autism substantially increases the risk of having a psychiatric disorder such as anxiety, depression or attention deficit hyperactivity disorder.

The lack of psychiatrists with specific training in autism contributes to misdiagnoses and misguided treatments. A 2012 study found that 60 percent of psychiatric diagnoses among people with autism were no longer supported when the assessment took into account behaviors typically seen in autism, such as insistence on sameness or repetitive rocking.

Autism centers across the country are looking for expert physicians, but there aren’t any to be found. When I was trying to recruit a psychiatrist with expertise in autism for the Center for Autism and Developmental Disorders in Portland, Maine, I asked colleagues at other autism centers for their advice. The general consensus: “If you find one, let us know. We have been recruiting for six months.”

One way to address this critical shortage is to offer formal fellowship training for psychiatrists in the assessment and treatment of individuals with autism. To catalyze this, eight leaders in the field and I formed a training consortium and developed the curriculum for a one-year fellowship in developmental neuropsychiatry.

The fellowship aims to produce psychiatrists who are trained to assess and treat mental illness in people with developmental disorders. These professionals will learn treatment approaches tailored to individuals with autism, including applied behavioral analysis, communication interventions and occupational therapy. This is in addition to standard psychiatric treatment approaches such as psychopharmacology and psychotherapy.Fellows will also be exposed to autism research methods. At least eight major academic institutions are interested in offering the fellowship.

The training consortium is seeking both guidance and financial support from some of the leading autism organizations. It’s worth noting that training in two other subspecialties — developmental behavioral pediatrics and child psychiatry — began with philanthropic training initiatives. These have since evolved into large, government-funded physician-training programs.

We hope the developmental neuropsychiatry fellowship follows that same path and greatly expands the number of psychiatrists specifically trained to help people with autism. No one should spend a year suffering from a serious illness that can be diagnosed in a few minutes with the right training.

Matthew Siegel is director of the Developmental Disorders Program of Spring Harbor Hospital in Portland, Maine, clinical investigator at the Maine Medical Center Research Institute and assistant professor of psychiatry and pediatrics at Tufts University in Massachusetts.