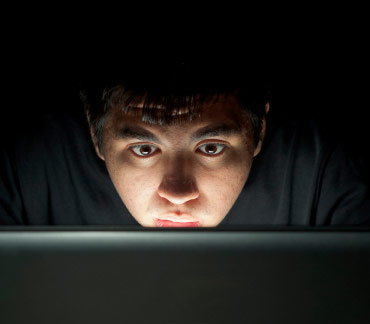 Nearly all parents struggle with how much time their children spend glued in front of the television or computer. But parents of children with autism may have even more reason for concern.

A new study shows that children with autism are twice as likely as typically developing children to spend most of their free time watching television or videos.

Children with autism appear to vastly prefer television to more interactive types of screen time: Only about 13 percent spend time on social media, which includes email and instant messaging.

The findings aren’t surprising — social deficits are one of the defining characteristics of autism — but having these figures as a starting point could help encourage parents to make sure their children are using screen time wisely.

The new data come from a ten-year prospective study that followed 11,000 special education students starting at ages 13 to 16, including 920 diagnosed with autism.

The study did not include a group of typically developing children for direct comparison, but previous research suggests that about 28 percent of healthy children watch lots of TV.

Given that lots of TV or video game time among typically developing children has been shown to worsen grades, behavior and social engagement, it’s probably particularly important for parents of children with autism to find healthier alternatives.

A growing number of parents are reporting that the iPad is an enormously helpful tool for their children with autism. For example, it can help them communicate, recognize their emotions and interact with others in socially appropriate ways.

Building on this trend, programmers are developing apps that are specifically intended to help these children. That should make it easier for parents to capitalize on their child’s love of screen time to learn useful skills in a way the child finds engaging, rather than passively watch TV.