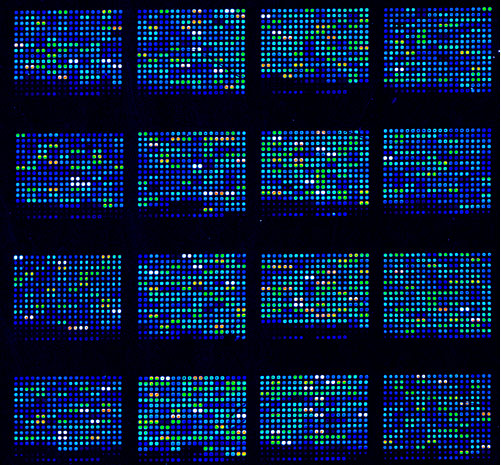 Strolling through the aisles of posters at the International Meeting for Autism Research in San Diego last week, I was impressed by the incredible breadth and diversity of autism research.

But one of my favorite aspects of this meeting is the chance to talk to doctors and clinicians who see children with autism first-hand, and to hear from them how research affects clinical practice.

At one poster session, I spoke with a Nashville pediatrician, Susan McGrew, a lead autism specialist at the Autism Treatment Network who has specialized in the disorder for more than 20 years. McGrew reported that 21 percent of newly diagnosed children in her practice have chromosomal mutations, some known to be associated with autism and others of unknown significance.

The study has confirmed her belief that routine genetic screening and follow-up studies are essential to making progress in treating the disorder. “I believe we will not get answers to autism until we get the genetics worked out,” she says.

McGrew has a caseload of 970 children whom she has been treating for up to 12 years. In 2007, she began recommending that each child’s DNA be screened by chromosomal microarray analysis, which detects deletions and duplications of DNA in the genome.

We all carry thousands of these so-called copy number variants, many of which are benign. But every now and then, nature deals a bad hand.

Of 90 children in McGrew’s practice, 20 show abnormal results with the analysis. Seven have mutations in regions previously associated with autism, including a deletion of the chromosomal region 16p11.2, a deletion of 15q11.2-q13.1 and duplications of 7q11.23 and 15q11.12. The other 13 have mutations of unknown significance.

When McGrew first began offering the tests, she says, she was dismayed to find that she couldn’t predict which of the children would show abnormal results on the microarray.

“I was getting a high percentage of ‘abnormals’ that had no different clinical characteristics than my regular population — and that surprised me,” says McGrew, who is also associate professor of clinical pediatrics at Vanderbilt University in Nashville.

The study confirmed that observation, showing that there is no statistically significant difference in the level of intellectual disability, propensity to seizures, facial abnormalities or other congenital malformations among the children in her practice — whether they have mutations known to be associated with autism, mutations of unknown effects or no mutations at all.

This has major implications. First, only a small proportion of individuals with autism have undergone chromosomal microarray analysis: The test is expensive and it is usually not covered by insurance.

If the test were to become more widely available, many more individuals with variations of known and unknown effect would likely be found, she says, perhaps leading to better clinical profiles for the individuals with specific mutations.

That’s important, because a better understanding of the clinical phenotypes associated with the various mutations — and of the mechanisms by which they exert their effects — might lead to more treatment options.

McGrew points to one boy in her study as an example. Patient 80 has a deletion on chromosome 15q13.3, estimated to be present in 0.5 to 0.7 percent of individuals with autism. “He had an early diagnosis, early intervention and all the appropriate and recommended language therapy,” McGrew says.

But at age 10, the child is still unable to speak even though he has some degree of receptive language ability. He has some cognitive disability, but has learned to use visual aids, proving that he can learn.

“If [we knew whether] this particular deletion confers a genetic vulnerability to language [impairment], I would have approached his language therapy differently,” McGrew says.

The child has also participated in a number of therapeutic intervention studies, she points out. “Maybe he shouldn’t have been in them,” she says.

Conversations with other presenters at the meeting, many of them graduate students and postdoctoral fellows just getting started in autism research, left me with a new appreciation for this diverse meeting. All too often, researchers interact mostly within their own disciplines: A walk through the poster sessions at IMFAR throws open the door to an entirely new set of conversations.