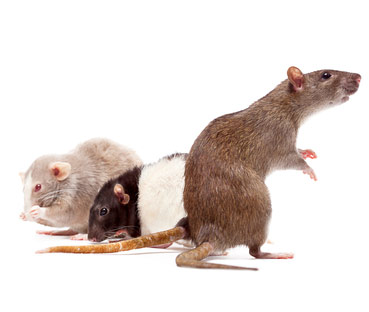 Arguably the biggest autism news to come out of the Society for Neuroscience annual meeting in November was the debut of seven rat models of the disorder.

Sigma Advanced Genetic Engineering (SAGE) Labs, based in St. Louis, Missouri, announced at the time that it had made rats each missing one of seven autism-related genes: CACNA1C, FMR1, MeCP2, NLGN3, NRXN1, PTEN and mGluR5.

Last week, the company announced a new partnership with the autism science and advocacy organization Autism Speaks that will add three more models to the list. Two of these rats will lack the autism-linked genes CNTNAP2 and MET, respectively, and are slated for release in 2013. The third is as yet undecided.

Variations in CNTNAP2 and MET have repeatedly been linked to the disorder, and mouse models lacking each of them display autism-like behaviors.

This spring, SAGE released the FMR1 and NLGN3 mutant rats to the wider community. Initial studies by Richard Paylor of the Baylor College of Medicine showed that the rats’ behaviors can be surprisingly different from those of their mouse counterparts.

For example, rats missing FMR1 play less with other rats and emit fewer ultrasonic squeaks than controls do. In contrast, some strains of mice lacking FMR1 are unusually social.

Many autism researchers I’ve spoken with are excited about rats because they’re the standard animal models in the pharmaceutical industry and their social behaviors are more pronounced than those in mice.