Risperidone has no effect on core symptoms of autism 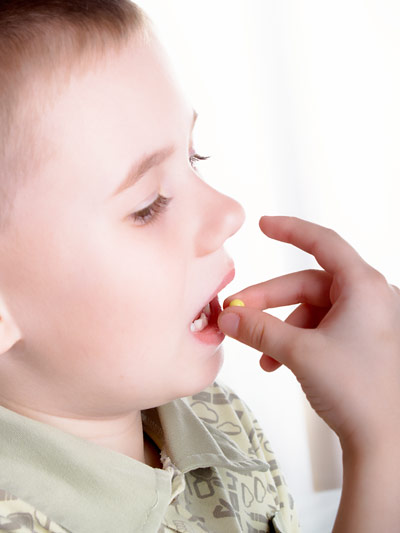 Social impairments, communication deficits and repetitive behaviors are the hallmark symptoms of autism. But some children with the disorder also exhibit severe irritability, marked by frequent tantrums and a tendency to lash out at others or hurt themselves.

Over the past decade, a drug called risperidone has emerged as a treatment for these explosive behaviors. The drug, an antipsychotic first approved for schizophrenia, interferes with dopamine and serotonin signaling in the brain. Studies have repeatedly shown that it can significantly reduce irritability in children with autism, and the U.S. Food and Drug Administration approved risperidone for this purpose in 2006. It was the first drug to be approved specifically for children with autism.

But risperidone is not a panacea. It can cause serious side effects, including weight gain, sleepiness and hormonal changes.And results have been mixed on whether it can ease repetitive behaviors or improve social functioning and communication in children with autism.

Results from a ten-year study, published 19 November in the Journal of Child and Adolescent Psychopharmacology, bolster the idea that risperidone has no effect on the core symptoms of autism.

The study looked at 184 children enrolled in the Autistic Traits: Life Course & Genetic Structure study, which began in 2002. Each year, parents evaluated the severity of their children’s core autism symptoms using a standardized measure known as the Social Responsiveness Scale (SRS). Toward the end of the study, the parents also completed a questionnaire about any treatments or interventions their children had received.

Reviewing these records, the researchers found that 50 of the children had taken risperidone. In 33 of these cases, the parents reported that the drug had had positive effects on their children, reducing their irritability, aggression and anxiety.

However, the children’s SRS scores did not improve during this same time, suggesting that the drug’s effects don’t extend to repetitive behavior or social communication.

The researchers acknowledge that the small study has limitations. The participants were not randomly assigned to a treatment group, and some children may have been taking other treatments during the study.

Still, given risperidone’s side effects, they recommend that doctors periodically reevaluate children who are taking the drug to determine whether the benefits of the treatment continue to outweigh the risks.