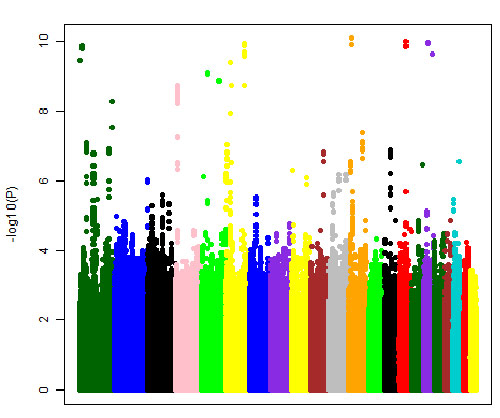 For the past few years, genome-wide association studies (GWAS) have been the favorite whipping post among some geneticists.

The approach is used to identify common variants that predispose individuals to particular complex traits or diseases, but critics have argued that it is too expensive, identifies variants of little predictive value or impact in the clinic and, overall, has been subject to a great deal of hype.

The latter charge has been particularly difficult to rebut: A piece in Newsweek referred to 2007, the year that inaugurated the GWAS era, as an annus mirabilis, or miracle year — a label that had been assigned only to 1905 and Einstein’s revolution in physics.

Let’s agree that was an overstatement.

Still, I count myself among those who think the approach has been successful and feel that there is no reason for proponents of GWAS to feel defensive about their achievements. Three recently published overviews of GWAS-based discovery explain why.

Though technically challenging, a GWAS is conceptually simple: Researchers scan about one million common single-nucleotide changes in the genome to see which ones occur more frequently in individuals with particular diseases compared with healthy controls.

The first review, published this month in The American Journal of Human Genetics, provides an overview of the more than 2,000 genetic loci that have been robustly associated with complex traits in humans, and shows that their identification has generated important new leads into the causes of human disease.

In at least some cases, particularly for autoimmune and metabolic disorders, these leads may be clinically relevant in the near future.

A common criticism of GWAS is that variants individually confer a small amount of disease risk, and that collectively they explain only a fraction of the overall heritability of a disease or trait.

But the researchers point out that for some disorders, common variants identified by GWAS already account for close to 20 percent of the genetic variance in risk. This fraction only seems small if one ignores the fact that five years ago the value would have been close to zero for most diseases.

What’s more, the researchers say, the main goal of GWAS has always been to use genetics to provide insights into the underlying biology of disease. This has clearly been attained.

What are the prospects for GWAS of autism spectrum disorders? The second paper, published last May in Schizophrenia Bulletin, points out that success is all about sample size, and that it’s possible to predict the numbers needed to generate robust associations between variants and disease traits.

GWAS studies on autism have thus far been too small, so only a couple of variants have emerged that look promising, and each of these awaits independent replication.

Based on what we know about schizophrenia and other complex diseases, sample sizes of 10,000 to 20,000 people would be very likely to yield multiple new associations in autism. Recruitment through the Interactive Autism Network, an online registry of individuals on the autism spectrum, could be one way to reach this goal.

Finally, I recommend a third paper published this month in Nature Reviews Genetics, which points out what should be obvious by now: Rare and common variants both have substantial roles in conferring disease risk. In fact, the paper offers a model that integrates the entire spectrum of variants an individual carries into an explanation of disease susceptibility.

The challenge of the next few years will be to rigorously test this model based on the collective effects of known risk variants — whatever their frequency.