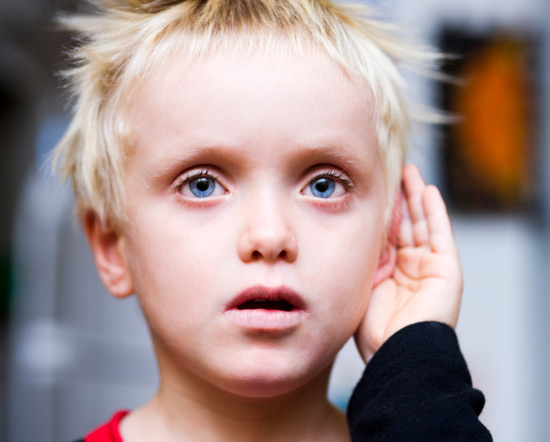 There’s an important difference between hearing words spoken and actually listening. The latter is all but impossible for children with a rare and little-studied condition called auditory processing disorder (APD).

No one knows what causes the condition, defined by the inability to recognize and interpret sounds. It appears in an estimated two to five percent of children, and is only beginning to get a bit of public attention.

Last week, speech pathologist Lois Kam Heymann published a book about APD called The Sound of Hope. The book has made a splash thanks to comedian Rosie O’Donnell, who wrote about her 10-year-old son’s struggle with the disorder in the book’s foreword.

APD is often misdiagnosed as autism. Children with either disorder share some overt symptoms — such as a sparse vocabulary, poor grades and trouble paying attention — and both conditions are characterized by difficulties in understanding abstract metaphors. The conversation delays in children with APD can sometimes lead to impaired social interactions and isolation reminiscent of autism.

At the same time, some people with autism report extreme sensitivities to sounds, and a growing number of researchers are taking a close look at auditory processing problems in autism.

There are obvious differences between APD and autism. Autism often includes problems in other sensory systems, including vision, touch and smell. Children with autism often have low intelligence quotients or mental retardation, whereas those with APD usually have normal intelligence.

So far, there’s also one promising overlap: children with either condition can be helped by speech therapy and intensive behavioral intervention.