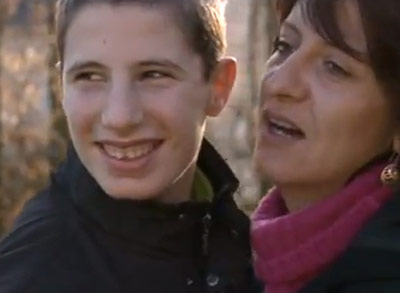 We’ve learned a lot in the past few decades about how brain connections in children with autism go awry during early development, and the genetic and environmental factors that contribute to these changes. Veteran autism researchers often quip, “We’ve come a long way from refrigerator mothers,” referring to the notorious theory from the 1950s that cold, unaffectionate mothering causes the disorder.

In France, however, much of the psychiatric establishment has not moved on.

At least, that’s the message of Sophie Robert’s documentary film, Le Mur (The Wall), which purports that four out of every five analysts in France follow Sigmund Freud’s psychoanalytic method and shun biological explanations for autism. Their ignorance is shocking and almost comical, except that it’s preventing thousands of children with the disorder from accessing behavioral therapies.

Over the course of four years, Robert interviewed 30 psychiatrists and psychoanalysts in France regarding their beliefs about autism, and followed one family that has two boys with the disorder and was searching for help. One of the boys, Guillaume, showed marked improvements in speech after his parents began behavioral intervention — the very approach eschewed by analyst after analyst. Autism, the analysts insist, is the result of “la folie maternelle,” or maternal madness, and the best way to treat it is to remove the child from her care.

The film was released online last September, prompting outrage from the analysts who were featured in the film, as well as their colleagues. Three sued Robert for allegedly misrepresenting their views through editing. Then last month, a court ruled in their favor, censoring the film until Robert removes their interviews and pays more than 30,000 euros in damages and fees. Robert, who denies taking the interviewees’ comments out of context and says they all signed detailed releases, is filing an appeal.

The uncut film is still available online with rough English subtitles. (See this site for a handy transcript.) But even with the poor translation, it’s easy to see why these analysts — most of whom are in their later years — are embarrassed by the way they’re portrayed.

During the interviews, several of them accused mothers of having incestuous relationships with their sons, or of wishing them dead. Some claimed that the father’s natural role in a family is to prevent a mother from destroying her child. “The mother is on the side of nature,” said psychoanalyst Aldo Naouri (who renounces the way he’s depicted in the film on his website). “She is animal, if you want, whereas the father was the one who founded culture.”

The analysts champion the writings of several 20th-century psychiatrists. The first, Bruno Bettelheim, observed that several symptoms of autism — averted gaze, shuffled gait, repeating lists of names or dates, and a “blotting out of pain” — are similar to what he saw in fellow prisoners during his 11-month experience in a German concentration camp. So autism, he argued in his 1967 book The Empty Fortress, must come from a similar kind of deprivation.

Around the same time, French psychoanalyst Jacques Lacan proposed the Freudian idea that a mother’s desire for her child is like the jaws of a crocodile, meaning she’s a suffocating influence. In the documentary, several analysts strain to apply this idea to autism (even going so far as to use a stuffed crocodile to illustrate their point). When mothers refuse to let go of the “fusion” of pregnancy, the analysts say, the child will never learn to speak or make connections with other people.

Mothers just can’t win, apparently. Don’t give a child enough attention, or give him too much — either way you’ll ruin his mind, the analysts appear to be saying. When Robert asks them about this seeming contradiction, they cite yet another European psychoanalyst of the last century, Donald Winnicott, who wrote that mothers should be just “good enough.”

The most infuriating — and, perhaps, most dangerous — aspect of these beliefs is the way the analysts manipulate real scientific findings to fit their theories.

For example, studies of Romanian orphans have shown that when babies are completely neglected, it stunts their physical and mental development. It’s also true that some mothers of children with autism have depression or bipolar disorder. That’s partly due to genetics, as the genes for bipolar disorder, depression and autism tend to crop up in the same families. A mother’s depression may also come from the stress of raising a child with special needs. But there’s absolutely no evidence that a mother’s neglect or her disposition causes autism.

Last year, a large research team published a 900-page systematic review of autism treatments and found no supporting evidence for the psychoanalytic approach.

The analysts admit as much. When Robert asks them how their methods could help children with autism, they say that’s simply not the point. Psychoanalysis, they insist, demands no memory, no expectation and no progress.

Some analysts in France have said that Robert chose to spotlight some of the most dogmatic proponents of Freudian theory. Even if that’s true, there’s no denying that the philosophy is widespread in the country. The Classification Française des Troubles Mentaux de l’Enfant et de l’Adolescent, France’s official reference of psychiatric disorders, listed autism as a psychosis until 2004. A barbaric treatment called ‘le packing,’ in which children are bundled in wet towels when they have a tantrum, is common. And the Council of Europe has officially chastised France for its narrow definition of autism, which is likely behind the country’s notoriously low prevalence rates.

By the end of the documentary, I had written off these analysts as clumsy dinosaurs, irrelevant in the global autism research landscape. But I was reminded of their very real impact when I saw the fate of the family’s older son, Julien, who has severe autism and does not speak. France’s psychoanalytic culture left him, and too many others, out in the cold.

Virginia Hughes is a freelance journalist based in Brooklyn, New York. She earned an M.A. in science writing from Johns Hopkins University in 2006, and has written for Nature, New Scientist, Popular Science and Scientific American.

Correction: This article has been modified from the original. The references to the psychoanalysts as psychologists have been corrected.