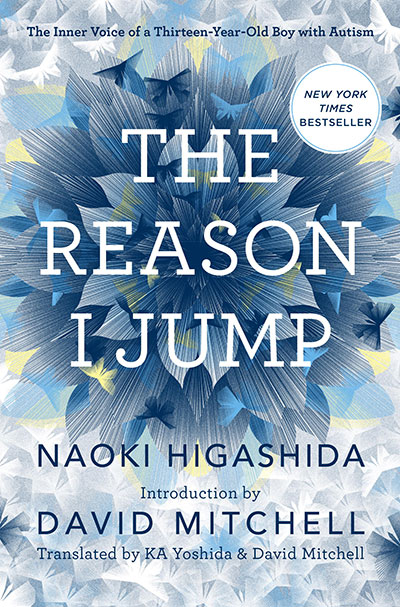 The autism described in The Reason I Jump is quite different from the mostly social disorder that I, as a researcher and clinician, find in textbooks and journal articles.

The new bestselling book, featuring the remarkable testimony of a Japanese boy who has severe autism, is a surprising and engaging memoir that’s full of paradoxes.

Foremost amongst these is the book’s genesis: Even though it suggests a sense of direct, immediate access to the thoughts and ideas of the author, 13-year-old Naoki Higashida, the prose for the book was in fact created by a sequence of processes involving several collaborators.

Higashida finds spoken communication all but impossible, but has learned to express himself by pointing to Japanese hiragana letters printed on a piece of card in order to spell out words. In this manner, he meticulously wrote the book over the course of months with his mother as scribe.

The book then came to the attention of a married couple, who were perhaps uniquely qualified to make it accessible to English speakers: the renowned novelist David Mitchell (author of Cloud Atlas) and his Japanese wife K.A. Yoshida, who have a son with autism. Mitchell and Yoshida translated Higashida’s work for an international audience.

The result is a slim volume whose lucid prose has caused me to reconsider some of the most basic ideas I have about autism.

Further, the level of empathy and emotional insight this teenager displays will surprise many readers, and certainly anyone who has studied autism. The conventional wisdom holds that the disorder, at its heart, is a social disorder, in which the capacity for understanding the thoughts and emotions of others is badly impaired.

Higashida’s account blows this conception out of the water.

He regularly conveys a sense that he understands the reader may have a perspective that is different from his own, and shows extraordinary skill in knowing what that perspective is and in trying to change it. He describes experiencing emotions that rely on social awareness, such as embarrassment and envy; he loves to be with other people; and above all he feels terrible when he thinks he has caused upset or pain for others.

Higashida reveals some of this heartbreaking meta-awareness when describing why he seems to ignore people when they’re talking to him.

Even though I feel guilty toward the person who has spoken to me, I can’t even apologize, so I end up feeling miserable and ashamed that I can’t manage a proper human relationship.

Higashida gives an account of a sort of ‘locked-in’ syndrome, in which he is a person just like anyone else, but has become the victim of a body and mind that he cannot control — “as if my whole body, except for my soul, feels as if it belongs to somebody else and I have zero control over it.”

In this way, his book sometimes evokes an appalling sense of claustrophobia, as if it is a communication painstakingly tapped out in Morse code from within a solitary prison cell. As Mitchell points out in his introduction to the book, Higashida’s social difficulties are not core symptoms of his autism, but rather one of its indirect consequences.

Whatever outward appearances may suggest, this book argues that people with severe autism are not so different from anyone else. Crucially, we are reminded that they are just as sensitive to the reactions of others, and have the same need to be understood and treated with kindness and respect, as the rest of us.

However, at other times, Higashida’s account suggests profound differences between the daily experience of people with and without autism. In particular, he appears to know little distinction between the passing of a day and of a second: “Inside my head there really isn’t much difference between what I was told just now, and what I heard a long, long time ago.”

To my knowledge, scientists have shown no interest in the felt experience of time in autism, and this would seem to be a fundamental feature of the disorder that requires further investigation.

But what do we do with these revelations?

The idea that Higashida’s description of his life could suggest a topic for empirical investigation raises the broader question of what we can learn from this book. In its gentle, lyrical way, The Reason I Jump is controversial, because it suggests that the current official consensus about autism is wrong.

As someone who studies autism, and tries to help people with the disorder, I was left wondering how much I should be influenced by this book: Should I continue to trust mainstream opinions, based on clinical wisdom and findings from scientific investigations? Or should I ignore the so-called experts, and be guided instead by this authentic voice of experience?

To grapple with these questions is to ask about how we can know things, and whether some routes to knowledge should be more privileged than others.

Trying to decide whether the book will teach me more than the scientific literature on autism is like asking whether I will learn more about America from reading Moby Dick or from studying reports from the U.S. Census Bureau. Both provide insights. But these insights are qualitatively different, and no universal standard sets one above the other.

In the history of autism research, however, so far there has been too much U.S. Census Bureau, and not enough Moby Dick. The Reason I Jump serves as a reminder that the voices of people with autism must play a greater role in shaping the general understanding of autism, and should be more influential in shaping clinical services and the research agenda.

Naoki Higashida is explicit about why he wrote The Reason I Jump. Speaking on behalf of people with autism he writes, “We are misunderstood, and we’d give anything if only we could be understood properly” and “I hope that, by reading this book, you might become a better friend of someone with autism.”

His book has become a popular sensation, selling out of its first hardcover run and making late-night television. I’m heartened to think of readers all over the world falling under its spell, and discovering in themselves a compassionate curiosity about the worlds of people with autism.