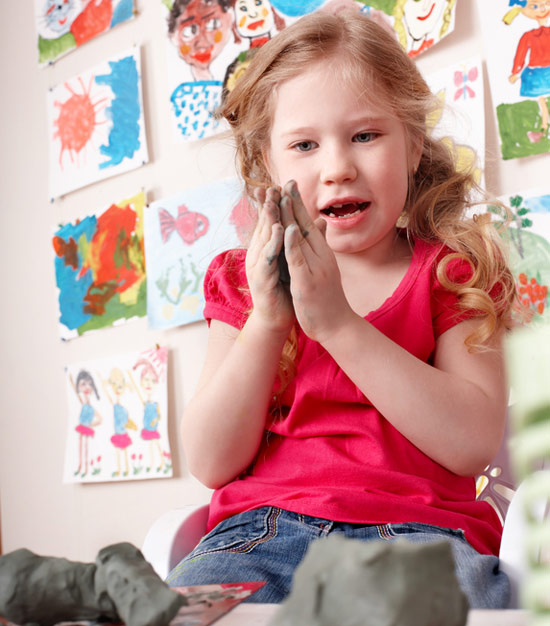 A new study of divergent thinking — the ability to generate new solutions to a problem — in people with brain damage hints at why some individuals with autism may be highly creative.

Though this is one of the first scientific studies to address the phenomenon of creativity in people with autism, it adds some scientific support to articles in the popular press that posthumously diagnose autism in long-dead thinkers and artists.

A 2004 book, Autism and Creativity, kicked off this trend by alleging that Einstein, Freud, Wittgenstein and the artist Andy Warhol would all probably merit a diagnosis of Asperger syndrome or high-functioning autism.

Other researchers have made similar claims about Warhol, the composer Bartok, the poet William Butler Yeats and other luminaries.

Some individuals with autism are also credited with ‘visionary art,’ created by those who have never received formal training and who may suffer from neuropsychiatric diseases.

Roger Cardinal, who coined the term ‘outsider art’ in 1972, discussed six case histories of talented visual artists with autism in a 2009 article. Some of their work hangs in museums today.

But how do we reconcile the ‘insistence on sameness’ characteristic of autism with the kind of divergent thinking that defines creativity?

In the new study, researchers showed 40 people with lesions in different regions of the brain pictures of 30 circles drawn on a sheet of paper. They gave each participant five minutes to draw as many pictures as they could of meaningful objects incorporating one of the circles.

Participants with damage to the left hemisphere, which is responsible for language processing, turned out to be more creative than healthy controls, producing more pictures in various designs. By contrast, people with damage to the medial prefrontal cortex, a right hemisphere region involved in planning and decision-making, are less creative than healthy controls.

The researchers speculate that the deterioration of language abilities in people with left hemisphere brain damage opens up possibilities of non-linear, divergent thinking — in other words, creativity. Though the study did not include individuals with autism, language impairments associated with some forms of the disorder might produce a similar effect.

The experience of a 15-year-old Oklahoma girl diagnosed with Asperger syndrome at age 8 shows that that art can also be therapeutic. Before one of her teachers handed her a paintbrush, Amanda had trouble concentrating in school and connecting with her peers.

Art helped her focus and express herself, her mother told a reporter. Her paintings are beautiful and received a great deal of positive attention from her parents, teachers and the community at large. “Art was probably the best thing that ever happened to Amanda,” her mother said. “It just changed everything about our life.”