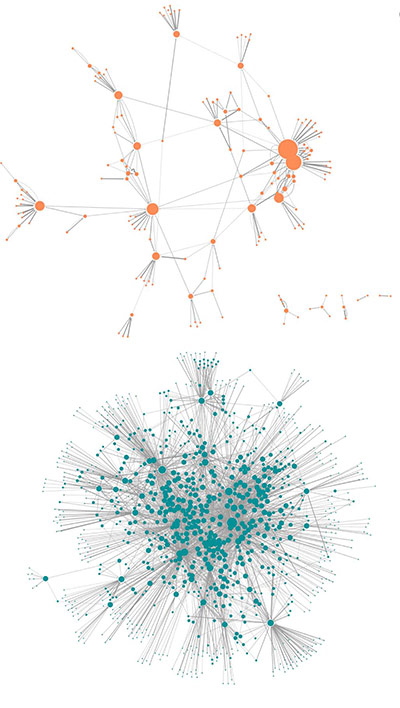 When people visit the doctor, the information about their medical histories, medications and test results often flows into a database — a type of system that is gaining traction worldwide as more hospitals transition from handwritten to electronic patient charts. These electronic medical records hold a bounty of information for researchers that remains largely untapped.

In a study published 16 August in the Journal of the American Medical Informatics Association, researchers mined the electronic records of about 7,000 people at California hospitals to identify the symptoms and medications associated with autism, bipolar disorder and schizophrenia.

Although there is a sizable overlap between the disorders, each has a defining signature composed of these factors, the researchers found.

The researchers pored overthe medical records of 1,143 people with autism, 5,242 with bipolar disorder and 719 with schizophrenia from Stanford Hospital and the Palo Alto Medical Foundation. They randomly selected thousands of notes, such as discharge summaries, from these patients’ records and scoured them for data.

Bipolar disorder, a diagnosis characterized by sudden shifts in mood and energy levels, has the most symptoms and prescriptions associated with it compared with autism and schizophrenia. Medical charts of people with bipolar disorder log combinations of 40 drugs regularly prescribed for people with the disorder, compared with 13 apiece for autism and schizophrenia.

Of the 13 autism drugs, 12 are also prescribed for bipolar disorder, suggesting that the two disorders share many symptoms. However, this is not entirely borne out by the researchers’ analysis.

For example, the individuals in both groups don’t necessarily experience depression, even though doctors routinely prescribe antidepressants for both.

The researchers combed the electronic records for conditions co-occurring with each disorder. Bipolar disorder and schizophrenia each have about 45 commonly recorded co-occurring conditions, and share 25 of them, including alcohol abuse and hepatitis C.

In contrast, autism is associated with 25 symptoms, and forms a distinct cluster. It shares seven features — including constipation and anxiety — with bipolar disorder, and ten, such as epilepsy and intellectual disability, with schizophrenia. But there are 14 conditions unique to autism, including tic disorders, fragile X syndrome and speech delay.

The researchers composed a ‘web’ to show how the conditions associated with each disorder are interconnected. The webs show that bipolar disorder is the most diverse, but its many symptoms also show dense connections among them, suggesting that it is a single, albeit complex, disorder.

In contrast, autism presents a spare web, with fewer associated conditions and fragmented connections between them. In fact, the researchers say, autism looks more like a group of separate disorders than like a single one.

Doctors who are trying to pinpoint a diagnosis may find guidance by examining electronic medical records, but based on their findings, the researchers suggest another way the records can be helpful: to improve the definitions of mental disorders such as autism.

The researchers say their method can be used for any disorder with symptoms recorded in medical charts. They also note that a newly available online tool uses algorithms that pull information from electronic notes.