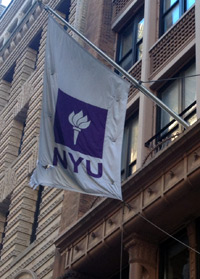 New York University’s Langone Medical Center, which suffered catastrophic damage after superstorm Sandy, will get a much-needed influx of cash. The Federal Emergency Management Agency (FEMA) announced in December that it will give the university nearly $35 million in grants to help replace lost equipment and relocate research labs.

As I noted in a news story after the storm, scientists estimate that some researchers have lost a decade’s worth of work, including 40 strains of mice genetically engineered for studying neural circuits in the cortex.

According to FEMA, $9 million will be used to help cover the cost to remove wastewater and clean up fuel oil from a number of buildings, as well as to clear out damaged research equipment. Another $26 million will be used to replace expensive equipment, including brain scanners, as well as to move some medical research labs, and some 400 scientists, to a number of temporary sites. FEMA also approved $114 million earlier in December to help cover emergency repairs, patient evacuations and other disaster-related expenditures.

The funds will be a huge help, but it’s not clear how much of the damage they will mitigate. Robert I. Grossman, dean and chief executive of Langone, told The New York Times that the storm could cost the hospital up to $1 billion.

“The logistical efforts to relocate and reignite such a vast research enterprise are staggeringly complicated,” Danielle Ofri, associate professor of medicine at NYU, said in her essay on 20 December in The New York Times.

And money can only go so far to heal such an enormous loss, Ofri noted.

“Even beyond their eagerness to get back to work, researchers felt a sense of loss, not just in time, money, momentum, samples and grants, but of a part of their lives,” she wrote.

Senior scientists lost decades’ worth of work. “At the other end of the spectrum were post-docs whose nascent careers were suddenly up in the air. Some were in tears.”

The university is also concerned that scientists who lost their labs will decide to cut their losses and relocate. John Sexton, president of NYU, told the Times he is worried that other institutions will lure researchers away.