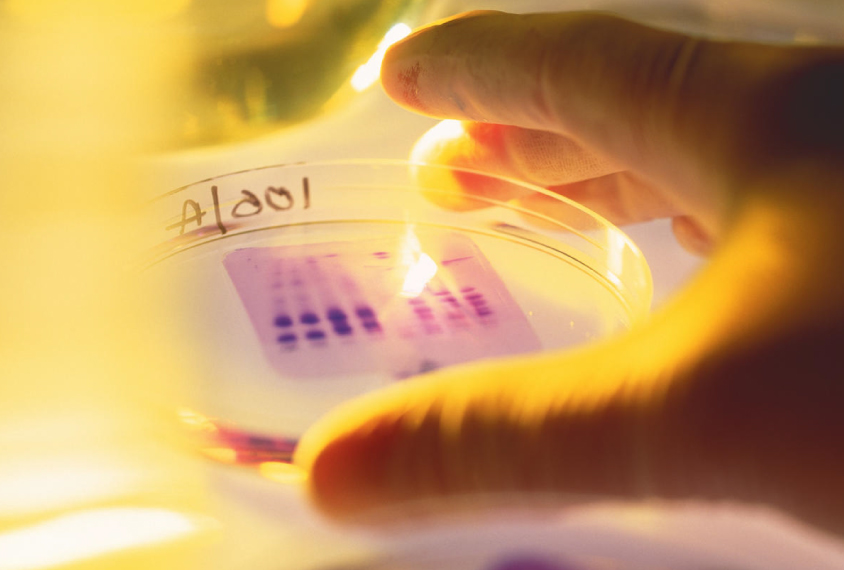 A few years ago, a team of researchers found something peculiar in the patient files of the Laboratory for Molecular Medicine at Partners HealthCare in Cambridge, Massachusetts. Between 2005 and 2007, seven people who were being treated for hypertrophic cardiomyopathy — a sometimes severe condition that can lead to heart failure — were told, incorrectly, that their disease was hereditary and therefore might affect their relatives as well. Of the seven people, five had identifiable ancestries. All five, the researchers noticed, were of African descent.

The Harvard team had stumbled upon one of the little-discussed skeletons in the closet of the burgeoning field of genetic medicine: Because the databases used in genetics research consist overwhelmingly of genomes from people of European descent, they can easily lead to misdiagnoses for the non-Europeans who make up the vast majority of the world’s population.

In the Cambridge case, doctors diagnosed the hereditary form of hypertrophic cardiomyopathy by searching individuals’ genomes for ‘pathogenic’ genetic variants — those that rarely appear in healthy control groups, as determined from a reference DNA database. However, most of the information in these reference databases is based on clinical studies done mainly on people of European lineage. The genetic variants flagged as pathogenic for the five African American people turned out to be harmless, and quite common in people of African descent. But African Americans weren’t included in sufficient numbers in the reference databases.

The database problem continues to haunt genetic medicine today. People of European descent still account for 88 percent of the genomes in genome-wide association studies, which form a key source of information for genetic reference databases. As a result, the era of genetic engineering and personalized or precision medicine — with its promise of delivering more effective treatments tailored to individual’s specific genetic profiles — is poised to usher in new health inequalities. To avoid this fate, we need more diverse genetic databases, but getting there won’t be easy.

As a first step, it’s helpful to consider why the database imbalance exists in the first place. Part of the reason is that genetic testing and genetic medicine are expensive and, as a result, accessible primarily to the wealthy, who are disproportionately white. But that isn’t the full picture.

In the United Kingdom, where citizens have access to healthcare regardless of their income, genetic medicine studies are still plagued by inequalities. Genomics England, an initiative funded primarily by Britain’s National Institute for Health Research and NHS England, recently sequenced more than 100,000 genomes of people with rare diseases and cancers in order to better understand the genetic basis of these diseases. But researchers identified a number of barriers to participation for black people of African or Caribbean descent.

One problem appears to be an unintentional bias on the part of the people who were tasked with recruiting participants: Informational videos didn’t show many black people, for example, and the pressure to recruit many people in a short time led recruiters to aim for ‘easy’ participants who had no language or cultural barriers. Black residents were also less likely to volunteer as participants, out of fear that their DNA would be used by the police. That fear is justifiable: Due to biases in the way DNA samples were previously collected by law enforcement, black citizens have been, and remain, overrepresented in the U.K.’s national police DNA database.

A similar distrust of government and healthcare providers prevails in other marginalized communities. Many black Americans still recoil at the horrors of the Tuskegee Syphilis Study, and they have been found to be almost twice as likely as white Americans to believe that a physician might ask them to participate in a research study without fully explaining the purpose and risks.

Native American communities have also raised concerns. When the National Institutes of Health rolled out All of Us, a program that aims to collect genetic and health data from 1 million Americans in the name of advancing precision medicine, the National Congress of American Indians worried that the program’s working group for tribal collaboration wouldn’t adequately address some tribes’ concerns about the use of their genetic material. They feared that their genetic material could be taken in ways that went against spiritual or cultural traditions, and that they would hold no intellectual property rights on discoveries made with their DNA.

So how can genetics researchers rebuild trust in these communities? For starters, they should embrace inclusion and allow the communities to take ownership of their own genetic research. That means making sure that the scientists who reach out to underrepresented communities are from those communities so that they can better navigate cultural barriers and understand the community’s concerns.

This is essentially the approach being adopted by the Human Heredity and Health in Africa (H3Africa) consortium, where African scientists are performing genetic studies within the continent. The project was launched in 2010 by the African Society of Human Genetics, with funding from the Wellcome Trust and the National Institutes of Health. It isn’t merely about sequencing genomes — H3Africa also provides African researchers with access to laboratories and research networks to carry out genetics research in their home countries. More than 90 percent of people who have been invited to take part in H3Africa’s genetic studies have agreed to be included, and the studies are sampling populations whose genetics have never been studied before. “We have engaged a continent with people that participants are familiar with, that know the environment,” says H3Africa founder Charles Rotimi.

Rotimi’s organization isn’t the only one helping communities take ownership of genetic research. In the U.S., the nonprofit Native Genomics aims to provide indigenous communities with genomic expertise that can help them drive research projects and avoid being taken advantage of. One of the people behind the group is Keolu Fox, a native Hawaiian and genomic scientist at the University of California, San Diego. Fox coauthored a 2018 article that outlines a framework for the ethical involvement of indigenous people in genomics research. It includes principles such as fostering collaboration between researchers and communities and transparently communicating the purpose and outcomes of the research.

In the U.K., Future Genetics, a nonprofit founded by researcher Mohammed Kamran, is working to reduce health inequalities in personalized medicine. Kamran’s team visits community groups in churches, temples and mosques, using the meetings as an entry point to discuss the societal value of participating in research. He tries to ensure that the clinical scientists who visit these places of worship come from the same background as the people they want to reach, which means he’s had to put extra effort into recruiting and training minority scientists.

We’re still years away from reaching equality in genetic medicine, but the efforts of people like Kamran, Fox and Rotimi suggest that we can get there — if we involve and engage underrepresented communities. Their work acknowledges the fact that people are more likely to trust a healthcare provider who looks like them, and people are more likely to participate in science activities if they see themselves reflected in scientists. If we want the future of personalized medicine to be an equitable one, we would all do well to follow their lead.