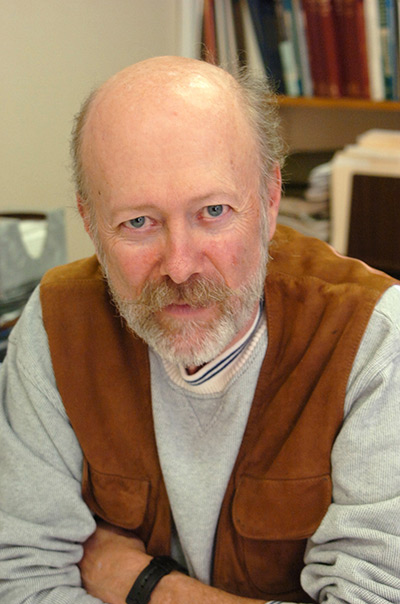 Paul H. Patterson, a transformative figure in autism research, died on 25 June. He was 70.

We deeply mourn the loss of this true innovator and iconoclast, whose discoveries remain ahead of their time. As the Anne P. and Benjamin F. Biaggini Professor of Biological Sciences at the California Institute of Technology (Caltech), Paul influenced the thinking and research of dozens of scientists. His groundbreaking discoveries advanced novel paradigms in neuroscience and immunology, and introduced concepts that will continue to be developed by researchers worldwide.

Paul had a dynamic career that led him to study the immune system’s effect on animal behavior, a concept that is still very much emerging. He also helped lead some of the first studies linking environmental factors to neurologic development and function.

As research in these areas grows, Paul’s discoveries will be even more appreciated. His research was preclinical, but it was heavily influenced by the epidemiologic and clinical studies of others. He used animal models of behavioral and neurodegenerative disorders to understand fundamental disease mechanisms, and his work was poised to test therapies for clinical use.

Paul spent much time of his time engaged in community outreach, from his constant appearances to meet with families of children with autism, to his avid blogging and his recent book, Infectious Behavior. He was naturally inspired to help others, which is likely why he told many of us, shortly after his diagnosis of glioblastoma multiforme, that he wished he had just three more years.

He and I were in the early planning stages of a clinical trial for a possible probiotic therapy to address gastrointestinal issues in autism. I should have reminded him that he has already helped so many people: He enriched the careers and lives of many trainees and colleagues.

Paul completed his Ph.D. with William Lennarz at Johns Hopkins University in 1970, continued his training at Harvard Medical School as a postdoctoral fellow, and eventually became a faculty member there in the very first department of neurobiology established in the U.S. In this unique environment, he pioneered the primary culture of peripheral neurons and used this to discover that developing sympathetic neurons can switch their neurotransmitter phenotype from noradrenergic to cholinergic in response to environmental factors.

This was a fundamental discovery in neuroscience, as it violated the ‘one neuron, one transmitter’ concept. It showed that neurotransmitter identity is not genetically determined and immutable, but subject to regulation by the environment. Paul’s quest to purify and characterize the factor that controls this switch culminated in 1989, five years after his move to Caltech, with the purification and microsequencing of the ‘cholinergic differentiation factor.’

The sequence of this factor revealed, astonishingly, that it was identical to leukemia inhibitory factor, a cytokine previously identified based on its immunological function. This discovery, along with his early adoption of monoclonal antibodies as a tool to query the nervous system, marked the beginning of Paul’s transformation into a ‘neuroimmunologist’ and the start of his thinking that factors outside the nervous system affect neurologic function.

Paul continued his work on the effects of cytokines on the developing and diseased nervous system, deploying antibodies both as tools and therapeutic candidates. In the early 2000s, these lines of research led him to become increasingly interested in the interplay between the biology of inflammation and its impact on the developing brain and behavior.

Emboldened by his unique perspective, Paul expanded on the link between the immune system and behavior by establishing a mouse model of autism, based on epidemiologic studies showing that infection during pregnancy increases the child’s risk of the disorder. He showed that stimulation of the immune system in pregnant mice results in pups with altered behaviors consistent with the three core deficits of autism, and characterized the immune pathways that promoted these outcomes.

His discovery served to increase awareness of environmental influences on neurodevelopmental conditions; studies by other investigators corroborated his observations in people. Gastrointestinal disturbances have also been linked to children with autism. In one of his most recent studies, Paul demonstrated that the gut microbiome, the diverse collection of intestinal bacteria, regulates behaviors in mouse models of autism, and that probiotic treatment leads to improvements in behavioral deficits.

These studies provide the hope that microbial therapies may be able to alleviate neurodevelopmental disorders with strong environmental influences, perhaps through balancing of the immune system.

Paul was a true scientist, and unwaveringly applied the scientific approach to everything in life, forever asking, “What is the evidence for that?” He was also a meticulous cook who perfected exotic dishes to satisfy his eclectic tastes. His essence as a scientist was on display in the lab announcement in which Paul described his illness to his trainees and colleagues. He said he was going to beat the illness through a clinical trial that, ironically, used modulation of the patient’s immune system as the therapeutic modality.

Paul is survived by his loving wife Carolyn, son Paul Clair and the countless people whose lives he touched — including the children with autism who may someday benefit from his pioneering discoveries.

Sarkis Mazmanian is the Louis & Nelly Soux Professor of Microbiology at the California Institute of Technology in Pasadena.

Editor’s note: We, the journalists at SFARI.org, deeply miss Paul Patterson. He was persistent and passionate in his belief that the immune system is involved in autism, but whether a paper supported his theory or refuted it, he always made time to comment on the work. He was an avid reader of the site, and never shied away from telling us what he thought. We fondly remember his sense of humor, too: In November, at the Society for Neuroscience conference, he was visibly ill, but joked that his surgical scar was the result of a scuffle with a Cell editor. “You should see the other guy,” he said, guffawing.