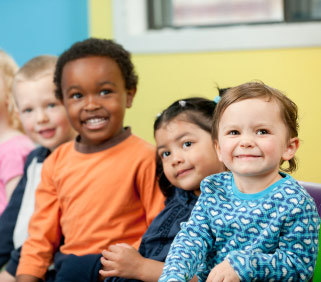 It’s no surprise that healthcare is rife with racial disparities, or that these differences extend to children with intellectual disabilities. A new paper published in the August issue of Intellectual and Developmental Disabilities suggests this trend is exacerbated among people with autism.

Researchers analyzed data from the National Survey of Children with Special Health Care Needs, a telephone survey conducted by the National Center for Health Statistics between April 2005 and February 2007. They focused on white, black and Latino children whose parents or caregivers reported a diagnosis of autism, Down syndrome, cerebral palsy or mental retardation. The final sample was made up of 682 black, 665 Latino and 3,762 white children.

Among all children with autism and developmental disabilities, black and Latino parents are more likely than white parents to report that doctors do not spend enough time with their child, are not sensitive to their family’s values and customs, and do not make parents feel like partners in their child’s care.

The findings persist even when researchers controlled for socioeconomic factors, such as education and income.

“Our findings suggest that it is imperative for healthcare providers to improve their interactions with Latino and black children with developmental disabilities and their families, and children with autism in particular,” the researchers write.

The study follows others showing that minority children with autism are likely to have been diagnosed at a later age than white children, and to have more severe symptoms.

Ameliorating disparities in both diagnosis and care is essential, given that behavioral therapies are thought to work better when delivered early.