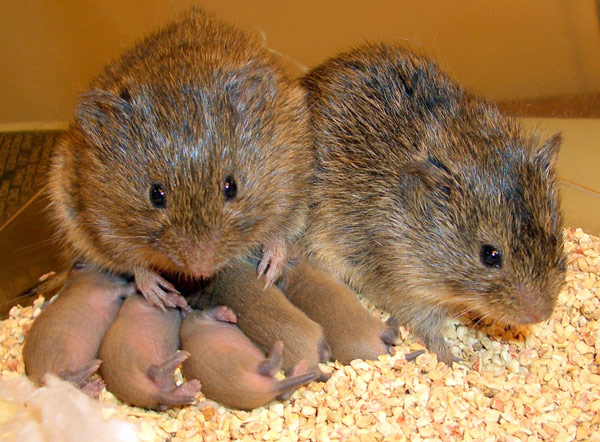 When researchers found that a naturally occurring hormone, oxytocin, could strengthen social bonds in animals, they quickly saw its potential for people with autism. After all, social deficits are one of the disorder’s core features.

A series of small trials ensued. These have so far proved disappointing. One problem is that no one knows how much of the administered oxytocin is even reaching the brain. To develop more effective treatments, we need to better understand oxytocin’s molecular properties as well as its effects in the brain, says Larry Young, director of the Silvio O. Conte Center for Oxytocin and Social Cognition at Emory University in Atlanta.

Young helped to uncover the link between oxytocin and bonding in a monogamous rodent called the prairie vole. He found that these voles have more brain receptors for oxytocin than do their more promiscuous peers, such as montane voles, hinting that the hormone helps promote stable relationships.

As one of the founders of the field, Young is quick to both tout the hormone’s potential for autism and caution against rushing to its use. We asked him about the promise and possible perils of using oxytocin as a treatment for autism.

SFARI.org: What were the first hints that oxytocin might be useful as a treatment for autism?

Larry Young: It all started with its role in maternal bonding. Around 1980, research showed for the first time that oxytocin has actions in the brain that are pro-social in nature: It motivates a rat to take care of her pups; in sheep, it helps to form the bond between mother and lamb.

Researchers working with prairie voles in the early- to mid-1990s then realized that oxytocin is also important for creating the bond between mating partners that are monogamous. This animal research gave people the idea that oxytocin helps create relationships.

The first study that really looked at the effect of oxytocin in autism was done in 2003, inspired by the vole and mouse work.

S: Was there any evidence that the oxytocin system might be off in autism?

LY: Not in the very beginning. There have been a couple of studies that suggest this may be the case, but they’re not consistent. One study in particular showed that people with autism process oxytocin fragments in their blood differently than controls do. But to me, neither this study nor the others is convincing evidence that the oxytocin system is really damaged in autism.

S: How do you think oxytocin would work as a treatment for autism if it’s not fixing a deficit?

LY: My belief in oxytocin as a target in autism is simply that you can enhance the salience of social stimuli — the amount of time looking into eyes of others, reading body language and things like that — and by doing that, you may improve social functioning.

Autism appears to be a problem in neural communication across brain areas. It makes it very difficult for people to navigate a dynamic, quickly changing social situation. By giving oxytocin, you’re enhancing the type of social cognition that happens when a mother is nursing her baby, or when two people are engaged socially.

I think that oxytocin focuses the brain’s attention onto cues that help someone understand a social situation better.

S: What have oxytocin studies in people shown so far?

LY: There have been hundreds of studies showing that oxytocin increases people’s attention to others’ eyes, for example, or enhances the ability to read others’ emotions, or many other social processes. Those studies have shown some promise, but they’re not always consistent, or have rather small effect sizes.

Most of these studies are simply giving a single dose of oxytocin and seeing how it affects behavior immediately afterward. The real challenge is going toward a long-term therapy. One of the big limitations to making oxytocin a treatment is that we don’t really know much about the dose, and how much is even getting to the brain.

I also think that long-term oxytocin will improve social functioning in autism, but the effects are going to be relatively small using current approaches. So far, chronic studies of oxytocin treatment in autism have just given the drug in the morning and in the evening rather than targeting it to social experiences.

S: How can we change brain levels of oxytocin?

LY: This is a very difficult question. Nasal sprays have shown promise and elevate brain oxytocin. However, some people believe that very little intranasal oxytocin is getting into the brain. Others believe that when you sniff it, it may be inducing a slight release of your natural oxytocin. I am not sure yet.

We also don’t really know if the effects of sniffing oxytocin are due to it acting on just brain receptors. There are oxytocin receptors throughout our body. It could be that the effects of oxytocin that we see on behavior are the result of activating receptors in the heart, for example. If you don’t need to get it into the brain, then it makes it a lot easier to develop drugs. 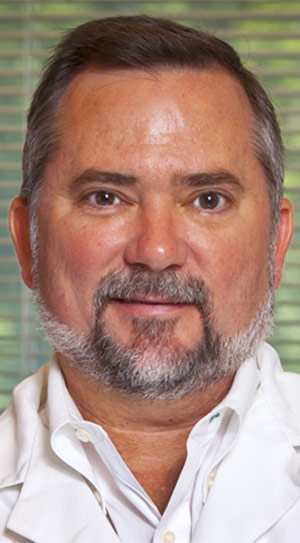 One goal of ours at Emory is to develop new drugs that would stimulate oxytocin neurons to recreate, for example, what happens in a mother when she’s nursing her baby and experiences a high release of oxytocin in parts of the brain that have oxytocin receptors.

We are looking at one such drug, called melanocortin. We show in prairie voles that the melanocortin agonist stimulates oxytocin release in the nucleus accumbens, which is part of the brain’s reward system.

By using drugs that can cause oxytocin release in this reward area, an individual with autism may find social interactions more rewarding and become more engaged. I also think that positive social experiences have a cumulative effect that helps people learn how to navigate social situations. Maybe people wouldn’t need this drug all the time.

In the new vole study, for example, the drug encouraged the formation of a social relationship and a week later, after the drug was gone, the voles were maintaining this relationship. Next, we need to determine whether the drug has oxytocin-like effects in humans.

S: Are there concerns about long-term oxytocin use in people?

LY: Yes. You don’t necessarily want to have a constant activation of the oxytocin system. For example, if oxytocin does enhance the salience of social stimuli and you give it to your child before putting her on the school bus and she’s bullied, it may intensify this negative effect. Some people have this notion that oxytocin is just a pro-social drug. That’s not the case; it’s much more complicated.

We also don’t know if chronic oxytocin over many months could somehow have a negative effect on the receptors because you’re flooding the oxytocin system.

My main concern is that parents see the few studies out there and want to get a physician to prescribe them intranasal oxytocin for their child. I’m very optimistic about it, but we’re not at the point now where we should be doing it in a home setting.

S: What is the most important next step?

LY: I think we need to learn more about what oxytocin is doing in the brain, by doing more studies in animals or in nonhuman primates and by doing brain imaging in people. When we know how oxytocin is affecting the brain, we’ll know better how to use it to its maximal potential. I believe that the context of treatment will be key to its success.