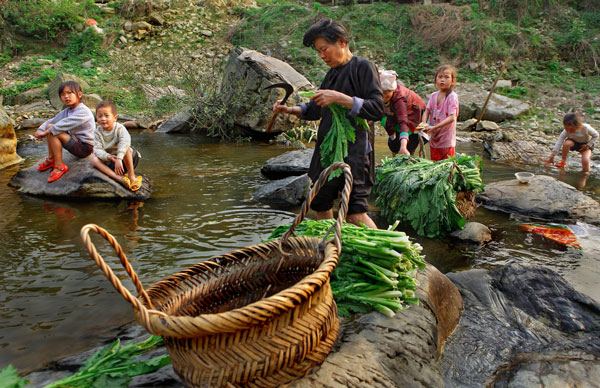 Vital ingredient: A groundbreaking epidemiological study was set in a Chinese province where women were at risk of folate deficiency in the winter. Grigvovan/Shutterstock.com

It’s been 15 years since researchers published an epidemiological study with results so striking they sparked worldwide changes in food fortification. The study of nearly 250,000 women in China found that prenatal supplementation with folic acid, an essential B vitamin, dramatically lowers the risk of the neurodevelopmental disorder spina bifida1.

Now, researchers are revisiting that study to determine whether taking folic acid during pregnancy lowers the risk of having a child with autism. Studies over the past three years from California and Norway have hinted at this2, 3, but none have matched the striking results seen in the Chinese population.

That may have a lot to do with the study design, says Joseph Cubells, associate professor of human genetics at Emory University in Atlanta, Georgia. Vitamin supplementation and prenatal care are the norm in Western countries, making it difficult to study the effects of folic acid deficiency. By contrast, many women in the Chinese study were at risk for folic acid deficiency prior to taking the supplement.

SFARI.org spoke with Cubells about the challenges of working across cultural lines and the privilege of revisiting such a groundbreaking study.

SFARI.org: Why look at the effects of folic acid deficiency?

Joseph Cubells: Folic acid plays an important role in early neural development. There is strong epidemiological evidence showing that folic acid supplementation — without any other vitamin supplementation — substantially lowers the rate of open neural tube defects, commonly called spinal bifida. In the most clinically relevant cases, this is an abnormal development of the brain and spinal cord, which leads to related neurological problems. 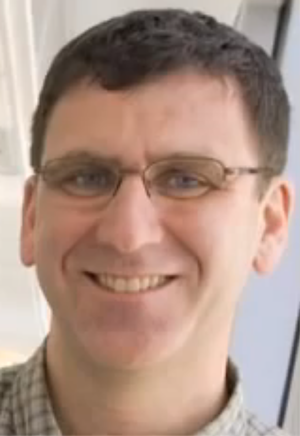 One of the most important studies that established the helpful effect of folic acid supplementation is the U.S.-China Community-Based Intervention Project, which was initiated in the mid-1990s by Robert J. Berry and Zhu Li. They saw an 80 percent decline in the rate of open neural tube defects in women who took folic acid during pregnancy in a northern Chinese province1. It was one of these stunning results that didn’t really need statistics. You just look at the graph and say, “Oh my, look at that difference.” It was this study that led the Food and Drug Administration to mandate folate supplementation in flour and bread in the U.S.

We’re contacting about 20,000 individuals from that initial Chinese population to ask: Did this well-documented, prospectively recorded folic acid supplementation have an impact on the rate of autism?

SFARI.org: What are the known links between folic acid and autism risk?

JC: One 2012 study from California2 and a 2013 study from Norway3 both suggested that folic acid supplementation in pregnant women is associated with a lower rate of autism in their children.

These are interesting studies, but both studies are based on women recalling what they took in the way of folic acid supplements at the time of conception. In the California study, the researchers were interviewing women who knew the outcome of their children. This introduces all sorts of biases and difficulties in interpreting the data. And the women lived in Western societies, where there are lots of supplemented foods, multivitamins and prenatal care.

Scientifically, the Chinese study will provide much cleaner data.

SFARI.org: What makes the data clean?

JC: For one, the two populations the researchers looked at. In the Northern province, called Hebei, the population was known to be deficient in folate — especially during the winter months when green vegetables and fresh meat were in short supply. In the Southern provinces Zhejiang and Jiangsu, where there is a milder climate, this was less of a concern. At the time, there also were simply no supplemented foods in China. Scientifically, this created a huge opportunity.

The researchers recruited more than 246,000 women likely to become pregnant soon, by consulting the records of a mandatory premarital medical examination program in place at the time. They worked with village healthcare workers, teaching them to use a camera and showing them pictures of open neural tube defects. They then asked the healthcare workers to take pictures of babies that had signs of open neural tube defects.

SFARI.org: How were the researchers able to ethically follow a group of women not taking the supplements?

JC: Initially, the researchers wanted to do a double-blind, placebo-controlled trial [meaning that some women would receive folic acid and some would get a placebo. Neither the women nor the researchers would know which was which]. But some data had already come out from Europe that suggested that folic acid might be beneficial, so they felt it would be unethical to give placebos to women who might prefer to get folic acid. Instead, they relied on the behavior of the population. They conducted a big public health campaign in which they encouraged women to use folic acid supplements. In about 30 percent of cases, the women — for whatever reason — chose not to take the supplements. This makes it a very tight design, as the women all had children around the same time.

That’s the same comparison we want make for autism risk, because we have prospective records on which kids were born with folic acid supplementation and which were not.

SFARI.org: How are you diagnosing autism in this group of children?

That’s one of the big challenges. In those days, just getting enough to eat and basic vaccinations against infectious diseases were still the main public health issues. There was less concern about whether a child had autism or not. But autism is lifelong disorder: We feel we can still screen a large group for evidence of autism, and then directly evaluate the positive cases for a diagnosis.

We’re hoping to screen 20,000 women with a detailed health questionnaire of about 100 questions about the health of their child. We worked with our Chinese colleagues to draft and translate questions that we think will pick up kids who have neurodevelopmental issues. If the kids screen positive, we’re going to meet with them face-to-face and use the Autism Diagnostic Observation Schedule (ADOS) [the widely used diagnostic standard].

For the first year of the project, we’ve focused on training our Chinese colleagues to perform the screening and the ADOS. We’re confident that in the next few months we’re going to be finished with the training process and have reliable interviewers, and then the real fun starts. We’re eager to get into the field.

SFARI.org: Are you facing cultural barriers that make the ADOS less relevant for a Chinese population?

JC: Yes. That’s a very good point. For example, in many Asian cultures it’s insulting for a child to look an adult in the eye, especially a doctor. One of the researchers on the project is a native Chinese speaker and has a lot of experience with autism studies in Taiwan and in China, so the ADOS that we’re using has some modifications to be more culturally relevant to the Chinese population.

One of the things we struggled with, for example, is that part of the ADOS involves pretending to have a birthday party, which families don’t do in China. There are various props and we’ve had to modify some of these toys to make them relevant to a Chinese person. Our interviewers are also all Beijing-based professionals and, even now, the contrast between the city and these rural areas in China is enormous.

Some critics have expressed the concern: “Are you really going to be able to do a valid ADOS?” It’s an empirical question. We’re only going to know once we get in the field. Something that is remarkable for me, though, is that when a young person has severe autism, it’s really obvious. It’s amazing how the syndrome comes through, despite all these cultural and linguistic barriers.