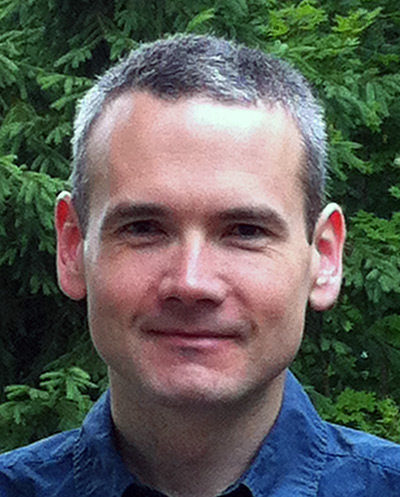 Just five years ago, a spate of mutations that affect neuronal junctions prompted researchers to call autism a ‘disorder of the synapse.’ Now the data are pointing in a different direction — to chromatin, the protein complex that regulates DNA structure.

One autism-linked gene in particular, CHD8, codes for a protein that regulates the structure of chromatin. CHD8 binds to certain sites on DNA, changing the chromatin coil and with it the expression of nearby genes.

CHD8 is a constitutive gene, meaning that it’s present in every cell in the body and plays a fundamental role in cells. Still, it seems to have a specific function in the brain, as mutations in the gene lead to autism and other neurodevelopmental conditions, such as intellectual disability.

The first robust hint of CHD8’s importance for autism came in 2012, when a study found that people with autism are more than twice as likely to have a harmful spontaneous mutation in CHD8 than in any other gene. Last month, researchers solidified this finding when they found that nearly everyone who has a harmful CHD8 mutation has autism.

So far, there are only about two dozen people known to have a CHD8 mutation, but early evidence indicates that many of CHD8’s targets are themselves autism genes, implicating key pathways in the disorder.

SFARI.org asked James Noonan, a Yale University geneticist who presented his ongoing research on CHD8 at this year’s IMFAR conference, what the gene can tell us about autism biology.

SFARI.org: Do you think CHD8 is an ‘autism gene’?

James Noonan: It is, absolutely. The genetic data are very strong.

What’s interesting is that CHD8 seems to have a very basic function. It’s a chromatin modifier and it’s expressed in a lot of different cell types — but it’s associated with a phenotype that’s neurodevelopmental. So the question is, how does that happen? How does a mutation in a constitutive gene contribute to a very specific phenotype in humans?

SFARI.org: Like some other genes implicated in autism, CHD8 is a master regulator, controlling the expression of networks of other genes. Is this complexity discouraging?

JN: It’s not discouraging at all. It’s getting us a real insight into molecular etiology. The most striking thing we’ve seen is that CHD8 seems to be controlling other genes that themselves are contributing to autism risk. It seems that CHD8 is part of a regulatory cascade that as a whole is contributing to autism. Figuring out what that regulatory circuit is, and how perturbing it can affect brain development and ultimately lead to autism, is really the way to go.

SFARI.org: How are you answering these questions?

JN: Being able to map CHD8’s targets is the way to do this, because it tells you what particular gene targets might be the most important and how they work together. For CHD8, that involves mapping its binding sites in the genome.

We’re building mouse models to understand what happens to brain development when you do have a loss-of-function mutation [in CHD8].

We’re also looking at other regulatory factors that contribute to autism. Every regulatory molecule that has been identified by a loss-of-function genetic screen [for autism] is a candidate for our system. All these genes are going to work together in some way and understanding that network is going to tell us a lot about the mechanism: Are each of these genes working individually, or are they converging on a common set of genes in the brain? And if they are converging, what is that converging set?

SFARI.org: Do you have any clues yet as to what these converging pathways may be?

JN: We’re not exactly sure what the mechanism is yet, but a lot of these genes regulate the cell cycle and the proliferation of new neurons. They may be affecting proliferation in the brain during development in such a way that something about the neuronal population is different — for example, having more of one type of neuron than another type. This could have a subtle effect on brain development that manifests as an autism phenotype later on.

SFARI.org: Why look for these converging pathways through CHD8’s targets, as opposed to genes mutated in people who have the disorder?

JN: If you look at the genes that are directly mutated, you don’t know what they’re doing, because these genes aren’t working in isolation. A loss-of-function mutation in a gene has an effect on the entire brain at some level, and we don’t know how this effect is manifested. The genetics really only tell us that there’s a statistical association between a particular gene and the phenotype, not what the mechanism is. If we want to get to the point where we can actually do some pharmaceutical interventions, we need to understand the mechanism.

SFARI.org: How can drugs treat a disorder that seems to emerge during early development?

JN: That we don’t know. We need to get to the point where we can say that there’s something early in development that goes wrong and what exactly that is. Then we’ll be able to do something about it. The motivation underlying our work is that if we understand the mechanism at a basic level, we’ll understand how it can be ameliorated.

SFARI.org: What are the next steps?

JN: We’re doing a lot of innovative, creative genetic screens to identify genes that are contributing to autism. But now the field has to shift and exploit that information to get at the biology, and that’s going to be a transition into experimental science. For regulatory molecules such as CHD8, there’s a very specific set of experiments you can do to figure out how they are controlling other genes and the kinds of biological roles that they have.

As more genes come on board from these screens, that transition’s going to happen. In the next five or ten years I think we’re going to see a lot of really exciting stuff come out from the experimental side.