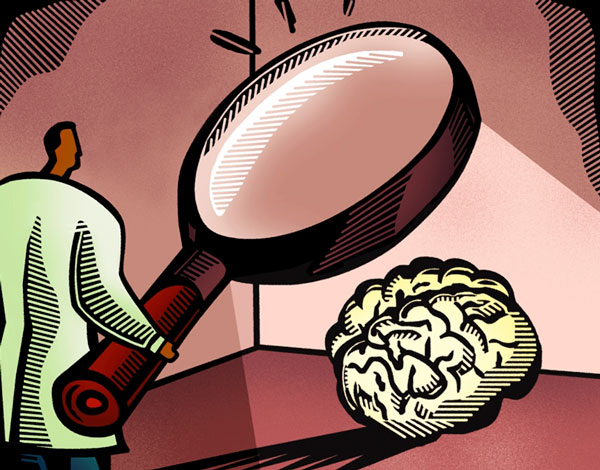 Deep dive: Listing detailed symptoms rather than assigning a single diagnostic label may be a better way to understand neurodevelopmental disorders. ImageZoo Illustration/Veer

The long process of diagnosing a disorder culminates in a name — a single word, or perhaps a few, that sum up a person’s particular set of symptoms. This name suggests that doctors know what’s wrong and may have treatments that could help.

But in the case of neurodevelopmental disorders, a name may be a distraction, says Eric London, head of the Autism Treatment Research Laboratory at the New York State Institute for Basic Research in Developmental Disabilities.

In an editorial published in December in Trends in Neuroscience, London argues that names such as autism, schizophrenia and intellectual disability are ‘umbrella’ terms that muddy the search for the true causes of various symptoms1. He calls for researchers to come up with an alternative.

Giving loosely linked disorders different names negates their similarities and ignores important symptoms that may not be part of the ‘core’ diagnosis, London says. Instead, he proposes that researchers note only whether or not a person has a neurodevelopmental disorder and proceed to carefully document their symptoms, or phenotype.

This idea has precedent. In 2013, the National Institute of Mental Health proposed an alternative to the widely used Diagnostic and Statistical Manual of Mental Disorders. Dubbed RDoC for ‘Research Domain Criteria,’ the new system encourages researchers to study domains of function, such as language, that may vary across all neurodevelopmental disorders.

Some researchers have also suggested that children younger than 6 with developmental symptoms be grouped into one large diagnostic category until their trajectory becomes clearer with age.

We spoke with London to learn more about his vision for the diagnosis of autism and how he hopes to make it a reality.

SFARI.org: How is autism diagnosed now?

Eric London: It’s diagnosed according to the fifth edition of the Diagnostic and Statistical Manual of Mental Disorders (DSM-5). The DSM is very good for reliability, so I’m sure that it’s being diagnosed very reliably around the world. My problem is that I don’t think this system is valid.

It would be great if categorical diagnosis worked, but it doesn’t. For the first 20 to 30 years of my career I was very hopeful, but I can’t continue to justify it now. I was at a meeting in 1995 with Francis Collins, director of the National Institutes of Health, and he said if you get 200 individuals with autism and their unaffected siblings, we’ll crack the genetics of autism. It hasn’t panned out. Maybe it’s not panning out because we’re not handling the phenotype correctly.

S: When you say we’re not handling the phenotype correctly, do you mean we’re missing some symptoms?

E.L.: Yes.Take motor deficits, for example. Because the categorical diagnosis of autism doesn’t include motor deficits — except, of course, for repetitive behaviors — investigators tend not to look for them. It’s a rather small literature, but it’s a rather positive literature in the sense that people are finding very, very interesting findings. Yet on some level it’s been problematic. You almost have to disguise your research as ‘not autism’ because motor deficits are not part of the description of autism. 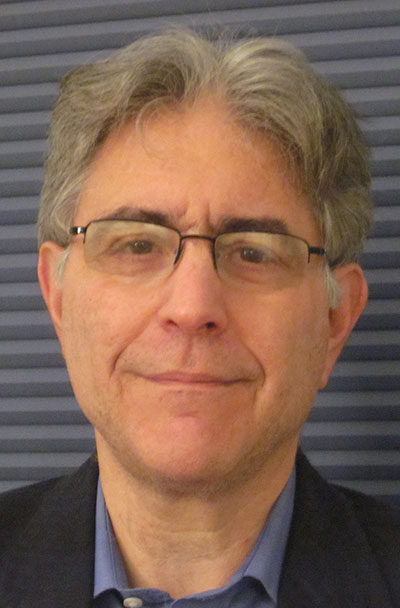 When someone wants to study the motor issues in autism, they still have to use autism as an inclusion or exclusion for the study. This knocks out all other motor issues that are not strictly autism, which may in fact be very important to understanding what these motor deficits are.

For example, it’s likely that motor symptoms are significant in the development of language. There are lots and lots of people who are not considered autistic but who have severe language difficulties. The mechanisms for their language deficit may be similar to what we’re interested in for autism, but we cut it off artificially.

S: What do you suggest as a solution?

E.L.: I believe that we should be looking at brain development as the problem. Developmental brain disorder would be the diagnosis. People would use different words for this, of course. And then we would endeavor, without prejudice and without a theory behind it, to describe what their symptoms are.

I would like to create a multi-tiered medical record. Underneath the same general diagnosis would be a level of description that would be appropriate to primary care. The primary care person might document that a person has intellectual disability or problems with fine-motor coordination. But then the medical record would link to a more sophisticated level where people could look at any one of these symptoms and try to further subdivide it.

S: Can you give an example of these subdivisions?

Saying that ‘social deficits’ is the symptom is a problem. We’re actually including many different symptoms under this same big umbrella. For example, we have social anxiety, we have lack of social cognition, we have a lack of social interest — all of these may have different origins, but they all lead to the same endpoint.

We need to subdivide autism symptoms into their components. It’s not that people aren’t doing this now, but by revising our overall concept we’ll actually encourage people to do it. Now people almost have to do it in spite of themselves.

S: Do you then recommend treatments tailored for a symptom, rather than for autism as a whole? And do you think the U.S. Food and Drug Administration (FDA) would allow that in clinical trials?

E.L.: Absolutely. I once held a meeting and invited a couple of representatives from the FDA. This question  — would you entertain treatment for components — came up. Their answer was, “Yes, we would, but it has to be the consensus of the field.” The FDA doesn’t want to create the science. They want the field to create the science for them and they’ll enforce whether we’re conforming to best practices. So we’re the ones who have to tell the FDA.

S: How can this vision become a reality?

E.L.: I think the first step is to write articles like the one I wrote to get the dialogue going. I’ve been happily surprised by how many people have contacted me saying, “I agree with you.” I do believe that a significant number of people agree with what I wrote, including people from the National Institute of Mental Health.

But it’s also a sad fact that orthodoxies die slowly, and science — which should be evidence-driven — tends to be as conservative as anything else. I think we need this dialogue to come front and center.

The next thing we need to do is to come up with a substitute for the DSM. Researchers have created an alternative diagnostic schema for personality disorders, for example. Enough prominent people in that field were in such violent disagreement with the DSM’s conclusions that they came up with an alternative.

I welcome people who may want to work on this to contact me. I’d be really happy just to be a catalyst for this to happen.

S: What’s your next step?

E.L.: I would want to write a similar article, but from a clinical point of view. This is not just a research issue. If a diagnosis is not a valid representation of nature, it’s also not helpful clinically. We have classes and clinics that specialize in autism. But autism is so broad that it would be more appropriate to focus treatment programs on the problems and not on the diagnosis.

Also, the diagnosis has tended to make people feel that we know what’s going on, and it has discouraged people from doing an appropriate amount of assessment. Diagnosis is a very special thing; it actually reduces the amount of information physicians need and gives them a shorthand for what they’re dealing with. It was never supposed to be used as an in-depth sophisticated phenotype, but I think we’ve lost this understanding: Don’t use the diagnosis when you’re doing neuroscience work.